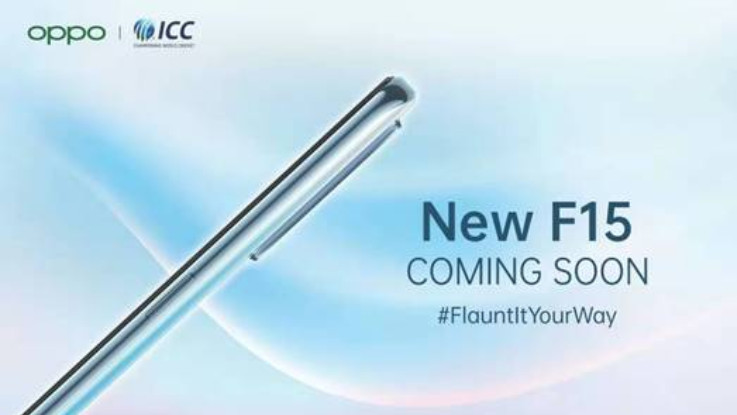 Oppo is all set to launch its latest smartphone in the F-series with Oppo F15 on February 16. Now, just ahead of launch, the company has revealed some key features of the upcoming smartphone.

To start with, the Oppo F15 will be loaded with a 4,000mAh battery. The phone will come with VOOC 3.0 flash charge that gives 2 hours of talk time with 5 minutes charge. The company has also revealed that the smartphone will come with a quad-camera setup with a primary sensor of 48-megapixel along with a wide-angle lens, a macro lens and fourth sensor will be a depth sensor.

The teasers further hint that the smartphone will come with 8GB of RAM and 128GB of internal storage. It will feature an in-display fingerprint sensor that can unlock the phone in just 0.32 seconds. Furthermore, Flipkart and Amazon have also started teasing about the upcoming smartphone, meaning that it will be available on both the e-commerce websites. Oppo F15 will be also available for purchase from key retail stores across the country as well.

Previously, The Mobile Indian exclusively reported that the upcoming smartphone will be priced under Rs 20,000. The Oppo F15 will have a sleek design with only 7.9mm thickness and will weigh at 172 grams. The smartphone will have two colours to choose from White and Blue with a gradient finish.

As per reports, the Oppo F15 smartphone is none other than a re-branded version of Oppo A91, which was launched in China last month. The Oppo A91 has 6.4-inch AMOLED Full HD+ (1080×2340 pixels) display, WaterDrop Notch design, and it will be powered by Mediatek Helio P70 chipset, 8GB of RAM, 128 GB of internal storage, Game Boost 2.0, 4,025mAh battery coupled with VOOC 3.0 fast charging and runs on ColorOS 6.1 based Android 9 Pie.