Oppo A15 to launch in India on October 15 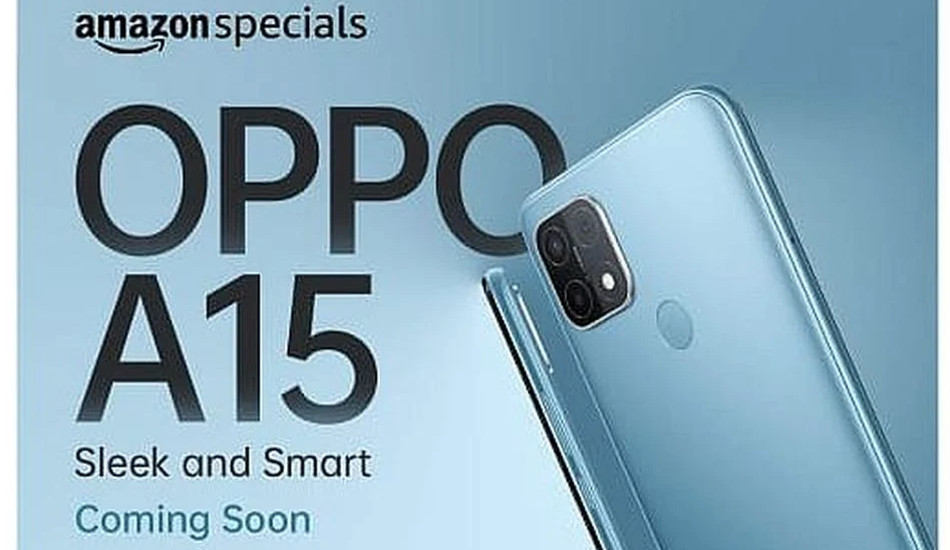 Oppo A15 will feature a 6.52-inch display with a waterdrop-style notch.

Oppo has been teasing its upcoming Oppo A15 smartphone for quite a while now via Amazon India. Now the brand has finally announced the launch date of Oppo A15 in India. The smartphone will be launched in India tomorrow at 12 noon.

The Amazon listing has announced the launch date of Oppo A15. The phone is shown in a single blue colour variant, but it is expected that the Oppo A15 will come in more colour variants.

The listing reveals that Oppo A15 will feature a 6.52-inch display with a waterdrop-style notch. It is said to feature eye protection and come with AI Brightness with which it learns your preferences and automatically adjusts brightness. Oppo A15 will have a slightly thick chin bezel.

Oppo A15 will feature a square camera module at the top-left corner and a fingerprint sensor at the back. Oppo A15 will be equipped with a 13-megapixel primary lens along with a 2-megapixel macro shooter and a 2-megapixel depth sensor with an LED flash. The camera will come with some AI features. You also get a physical fingerprint scanner at the rear, just below the camera setup.

As per the leaks,Oppo A15 will be powered by the MediaTek Helio P35 SoC paired with 3GB of RAM and 32GB internal storage. The storage will be expandable up to 256GB using a microSD.

The Oppo A15 is tipped to pack a 4,230mAh battery and have a 5-megapixel selfie camera. It is said to run on Android 10-based ColorOS 7.2. Further, it is also revealed that the phone will measure 164x75x8mm and weigh about 175 grams.