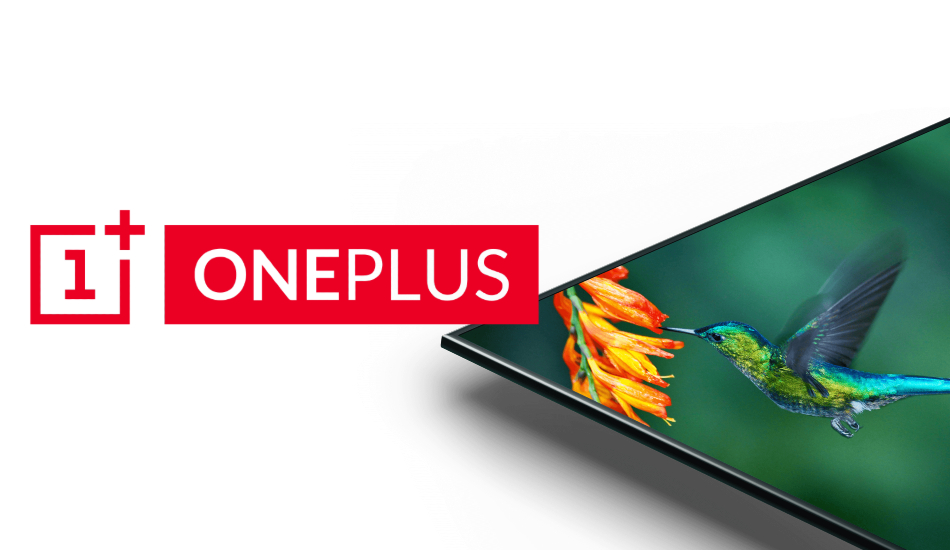 The standard OnePlus TV Q1 will feature a 55-inch QLED screen with a resolution of 3840 x 2160 pixels and an aspect ratio of 16:9. OnePlus TV Q1 Pro will come with a larger 65-inch QLED display with a 100Hz refresh rate and 90 local dimming zones.

OnePlus TV is officially launching in India on September 26. A report now claims that OnePlus will announce two models of the OnePlus TV, namely Q1 and Q1 Pro during the event, both featuring QLED displays with HDR 10 support.

The standard OnePlus TV Q1 will feature a 55-inch QLED screen with a resolution of 3840 x 2160 pixels and an aspect ratio of 16:9, reports 247techie. The TV will come with dual-band WiFi, Bluetooth 5.0 for wireless connectivity and three HDMI, one RJ45 Ethernet and two USB ports for wired connections. 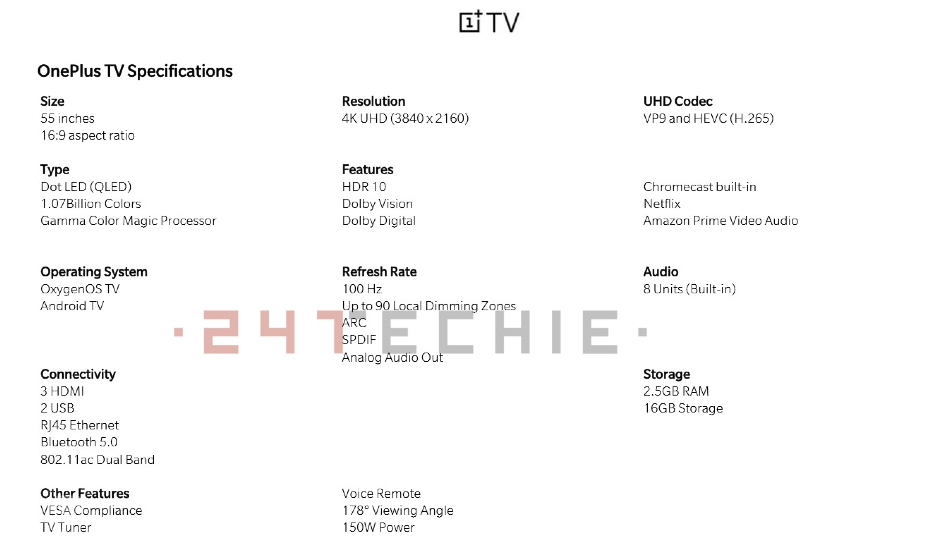 OnePlus TV Q1 will run on Android TV-based OxygenOS interface with support for using a smartphone as a remote. The TV will offer dual speakers with a total of 20W sound output.

The OnePlus TV Q1 Pro will come with a larger 65-inch QLED display with a 100Hz refresh rate and 90 local dimming zones. The screen will support Dolby Vision, Dolby Digital and HDR10 support. It will be powered by the dedicated ‘Gamma Color Magic’ image processor with wide colour gamut. 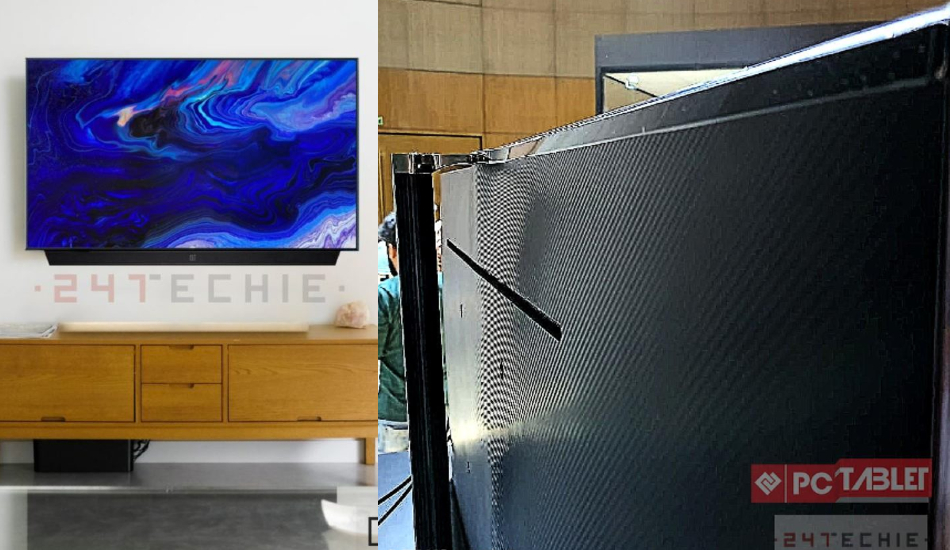 The TV will primarily be powered by a MediaTek MT5670 chipset with a Mali G51 GPU, 2.5GB of RAM and 16GB of onboard storage. It will run on OxygenOS based on Android TV and a remote with a shortcut to trigger Google Assistant. The TV will feature a louder 50W speaker unit comprising of eight speakers with support for Dolby Atmos.

Connectivity options will be the same as the OnePlus TV Q1 with a dual-band WiFi, Bluetooth 5.0, three HDMI, one RJ45 Ethernet and two USB ports. The company is also expected to bundle the TV with an optional soundbar during the launch event. Both TVs are touted to come with native support for Netflix and Amazon Prime Video.

The report also mentions that the OnePlus TV could be expected to be available for a starting price of $900 (approx. Rs 64,300) and will go on sale during the Amazon sale later this month.