OnePlus Nord 2 Pac-Man Edition Indian Price has been revealed officially. The company has customized the hardware and the software of the device. 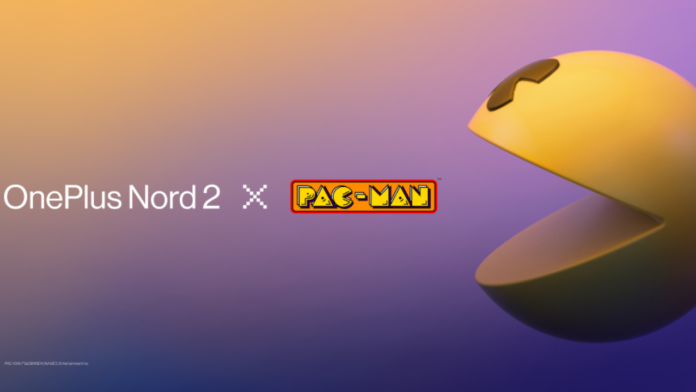 As per latest teasers, OnePlus has been all set to launch the Pac-Man Edition of its Nord 2 smartphone. And now, the company has officially revealed other details for the Nord 2 Pac-Man Edition including its price for regions including India, hardware & software changes along with its specifications.

Availability details and the design of the smartphone are yet to be announced. However, one can ensure that they get the new OnePlus Nord 2 Pac-Man Edition via a contest which the company is running starting today. To do so, one can head to the contest website and play the PAC-MAN game. The game will be available only in Europe and India.

If one can get a high enough score and they’ll be in with a chance of winning the device. OnePlus is giving away three phones in total, along with a free pair of OnePlus Buds Z. The company is also giving away early access codes that’ll let you order the device, and get your hands on it, before anyone else.

As for the hardware, the handset comes with a reimagined rear cover boasting a dual film design with phosphorescent ink applied to its innermost film that enables the device to glow in the dark. This means that the OnePlus Nord 2 x PAC-MAN Edition glows in the dark, showcasing a maze inspired by the classic game.

Coming to the software, OnePlus has gamified the device’s software experience by inserting games, challenges, and other exclusive (and hidden) PAC-MAN content throughout, some of which you’ll need to unlock. The internals including the chipset, camera, and other components remain the same as the original Nord 2.