OnePlus Nord 2 has been launched in India in three colour options. The device is equipped with MediaTek Dimensity 1200 AI chipset with up to 256GB of UFS 3.1 storage. 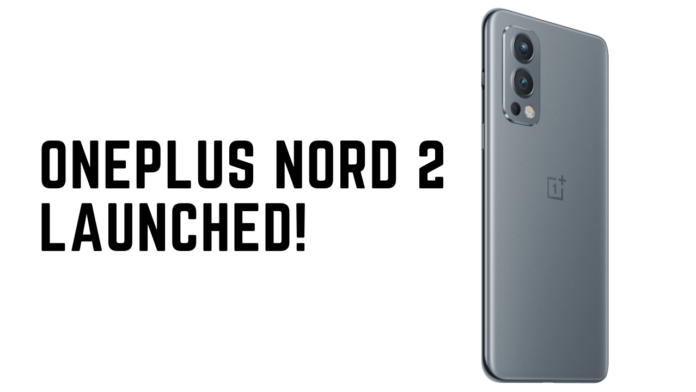 The OnePlus Nord 2 will be available starting 26th July via early access sales for Red Cable Club members and Amazon Prime customers. Open sales for the phone start from July 28. It is priced at Rs 27,999 for the 6GB + 128GB storage variant, Rs 29,999 for the 8GB + 128GB model and Rs 34,999 for the 12GB + 256GB model. The models come in three colours, Grey Sierra, Blue Haze and an India-exclusive colour called Green Woods.

The OnePlus Buds Pro pricing and availability for India remain unconfirmed as of now.

The OnePlus Buds Pro come with Adaptive Noise Cancellation that cancels noise up to 40dB. There’s a 3 microphone setup that achieves ANC while calling. There’s an Audio ID feature through which the Buds determine what kind of sound the person needs.

The Audio is handled by 11mm dynamic drivers. The OnePlus Buds Pro get 7 hours of playback time without ANC. It is extended to 31 hours with the case. With ANC, you get up to 5 hours of playback time. So a 10-minute charge will get you 10 hours of playtime. The charging case also supports wireless charging. There’s 94ms ultra-low latency as per OnePlus’ claims when using Pro Gaming Mode. The wireless connection is handled via Bluetooth 5.2.

The Buds Pro can be further customized using the HeyMelody app for non-OnePlus users. The TWS earbuds are IP55 resistant as well. The OnePlus Buds Pro come in a dual-tone finish and are available in Black and White colours.