OnePlus Buds Z charging case will feature a LED indicator on the front.

OnePlus is all set to launch OnePlus Buds Z earbuds on October 14 along with OnePlus 8T flagship smartphone. Now ahead of the launch, renders of the OnePlus Buds Z have surfaced online.

The APK tear down by Oxygen Updater has revealed the images of the upcoming Buds Z. As per the images, the design of the Buds Z earbuds is similar to the OnePlus Buds which were launched in July this year. The Buds Z will come with a silicone tip which was not there on the OnePlus Buds. 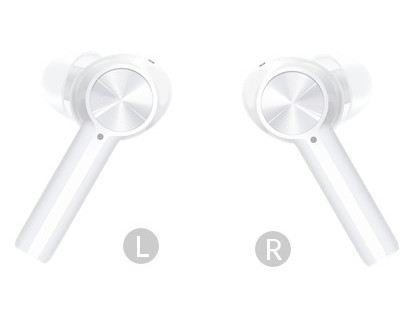 As per the renders, OnePlus Buds Z is likely to come in Black, Grey, and White colours. OnePlus has already announced before that the Buds Z will weigh 4.35 grams and will be IP55-rated for dust and water resistance.

OnePlus Buds Z are said to be the affordable variant of the OnePlus Buds. So they may be priced cheaper than OnePlus Buds which comes at a price of Rs 4,990.

As per reports, OnePlus will launch as many as five products at the October 14 event. The company might launch a OnePlus Watch, the new OnePlus TWS earphones, a power bank, and more alongside the OnePlus 8T. This year, OnePlus 8T Pro will not be launched as confirmed by the company earlier.