OnePlus has announced that it is dropping the idea of a UnifiedOS while keeping OxygenOS and ColorOS as two separate operating systems. 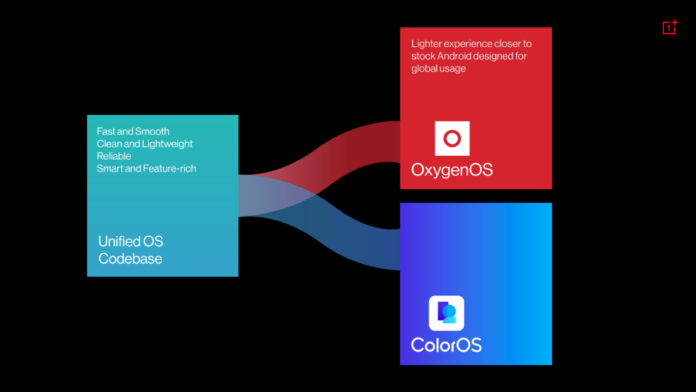 OnePlus last year announced the merger between Oppo and OnePlus which resulted in the development of a Unified OS that would be born out of Oppo’s ColorOS and OnePlus’ OxygenOS. However, it seems like OnePlus has changed its mind following user feedback, and has said that OxygenOS is here to stay and its version 13 is incoming. Apart from that, there are a few other announcements which have been made by the CEO of OnePlus.

OnePlus 10 Pro is arriving by end of March in India

He then talked about the OnePlus 10 Pro which has seen a succesful launch in China, generating over ¥100 million in the first second of open sales. Further, it announced that the device will launch in North America, India, and Europe by the end of March 2022. This year, OnePlus will also debut a new retail model in India that increases the “synergy between its online and offline sales systems”. This new model will allow the customers in India to order a product online and immediately pick-up said product in a retail store and enjoy the service offered by OnePlus’ offline channels – such as having a OnePlus store member set up the product for you.

It also disclosed its plans about expansion into more regions and also accepts India as a key market for the company, among others. Further, this year, OnePlus will continue to release more products with 5G capabilities across an even greater price spectrum, including its most affordable 5G smartphone in India and Europe yet. OnePlus will also release new IoT products in existing categories and expand to new IoT categories in 2022. Apart from that, OnePlus will also take advantage of Oppo’s HyperBoost Gaming Engine and the recently unveiled 150W SuperVOOC charging.

Pete also confirmed that 150W SUPERVOOC is a technology developed by the OPPO Research Institute and will debut first on a OnePlus smartphone in the second quarter of 2022. Lastly, the announcement that came as a treat for OnePlus’ fans is that ColorOS and OxygenOS will retain their respective identities.

“While OxygenOS and ColorOS will continue to be developed on the same codebase – to allow for faster updates and better build quality – OxygenOS and ColorOS will remain independent brand properties. This new course was taken in accordance with feedback from our Community – we understand users of OxygenOS and ColorOS want each operating system to remain separate from each other with their own distinct properties”, the community post read. It has now been confirmed that OxygenOS 13 will retain its unique visual design which will be kept close to Stock Android and a range of exclusive customization features.