OnePlus 8 Pro will run Android 10 and it will be fueled by 4,500mAh battery with 50W fast-charging support.

The render has shown OnePlus 8 Pro in green colour. It will sport a punch-hole display and for the rear, there will be a vertical triple camera setup with a fourth camera and LED placed alongside. 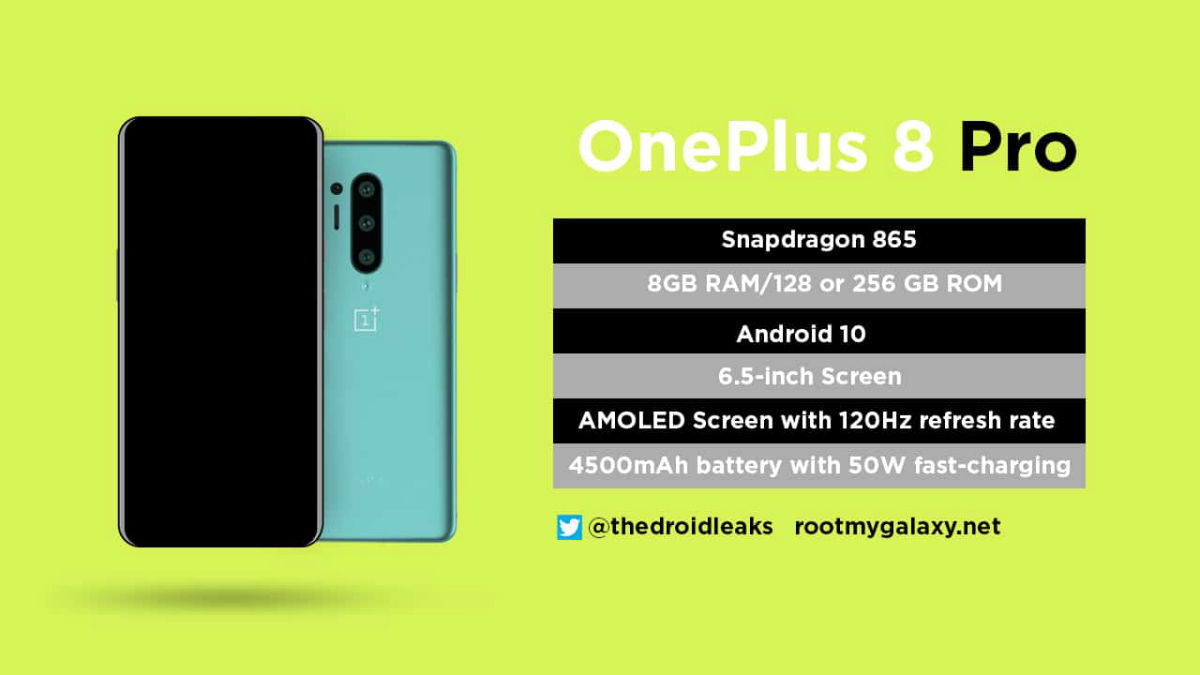 As per the leak, OnePlus 8 Pro will feature a 6.5-inch Super AMOLED display with 120Hz refresh rate. The phone will come with a vertical quad-camera setup and will be powered by a Snapdragon 865 SoC paired with 8GB of RAM and 128GB/256GB internal storage.

Further, the report also reveals that the phone will run Android 10 and it will be fueled by 4,500mAh battery with 50W fast-charging support.

Meanwhile, a Twitter user has also leaked the “About Phone” page on the OnePlus 8. It shows that the OnePlus 8 will come with triple camera setup of 48-megapixel + 16-megapixel + 2-megapixel. It will feature 6.55-inch AMOLED display with 90Hz refresh rate and will run OxygenOS based Android 10.

OnePlus 8 and OnePlus 8 Pro will come in a new green colour variant. The new colour option will be an addition to Blue and Black colours that the company offers on its current lineup. The company recently announced its 120Hz display technology, which is expected to feature in OnePlus 8 Pro.