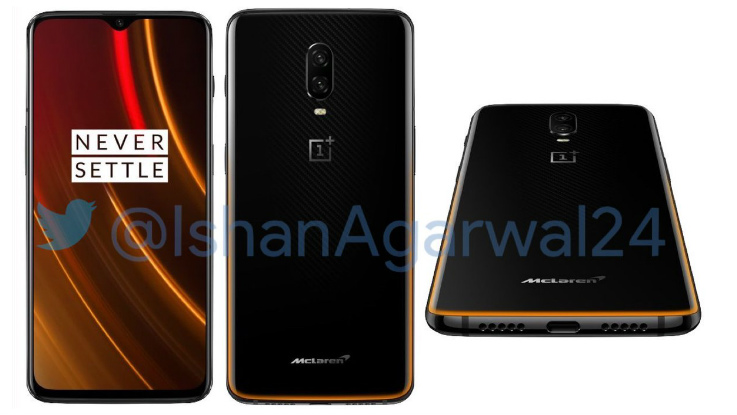 OnePlus is all set to launch a new variant of the recently-launched OnePlus 6T, in India on December 12. Dubbed as McLaren Edition, the phone’s renders have been leaked online revealing some key specs and design language.

A Twitter user Ishan Agarwal has posted the renders of the new OnePlus 6T McLaren Edition, which reveals some key design. The back panel of the smartphone will come with a layered textured finish under the glass, which gives a premium look.

EXCLUSIVE LEAK! Here is your first look at the Official Renders of the OnePlus 6T McLaren Edition Speed Orange variant with 10GB+256GB Storage and super fast new ‘Warp Charge’ which will provide you a day’s power in 20 minutes! Do you like the phone?#SaluteToSpeed#WarpCharge pic.twitter.com/8JdoNb6SWG