OnePlus recently announced its partnership with British auto company McLaren to launch the OnePlus 6T McLaren Edition in Shenzhen, China on December 11 which will be followed by its launch in India on December 12 in Mumbai. Now seems like the new Edition will be featuring a better and faster-charging option. 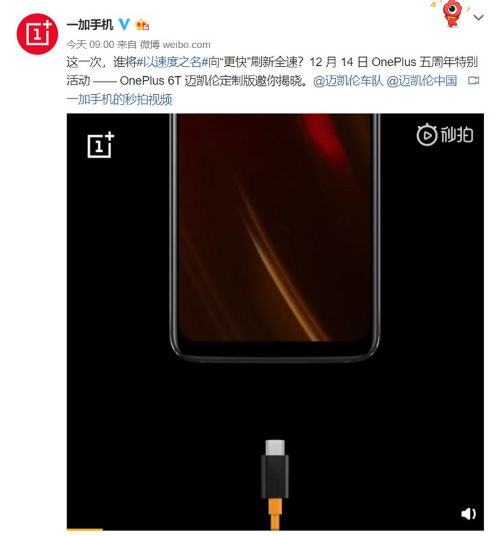