OnePlus 10 Pro renders have appeared online that suggest the smartphone will come with a 5000mAh battery with Warp Charge fast charging support. 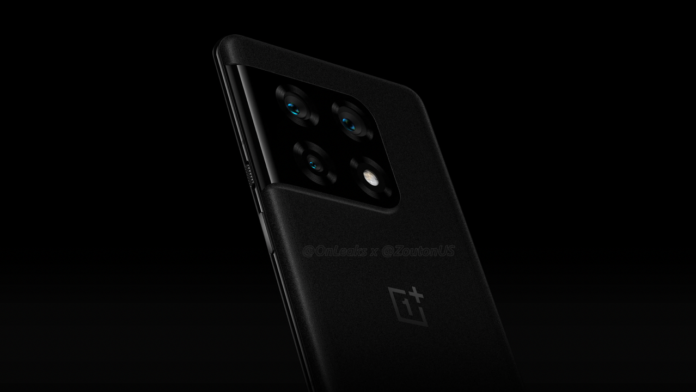 OnePlus’ next flagship should be the OnePlus 10 series and under this series, the leaks for the Pro model have started to appear. A new leak has emerged that shows the OnePlus 10 Pro from the rear along with its key specifications.

The leak comes from OnLeaks in collaboration with Zouton, which shows the OnePlus 10 Pro will have a unique rear design. It seems to have a square-ish camera bump at the back that sticks to the right edge of the device, similar to the Galaxy S21 series. There are three cameras on the back along with an LED flash.

Further on the right, you get to see the power button and the alert slider. On the left resides the volume rocker. As for the specifications, we should be seeing a 6.7-inch 1440p display with a 120Hz refresh rate. It should be powered by the upcoming Qualcomm Snapdragon 898 chipset.

The device is said to pack a 5,000mAh battery with support for Warp Charge technology for fast charging. It can be expected to come with up to 12GB of RAM and 256GB of internal storage. It could come running the Android 12-based OxygenOS custom interface that has now been merged with Oppo’s ColorOS.

The price for the smartphone has been set the lowest for the Indian market. Availability details and the design of the smartphone are yet to be announced. OnePlus has gamified the device’s software experience as well.