Nokia has launched a new affordable tablet in India, called the Nokia T10. The tablet has OZO audio playback support via stereo speakers. 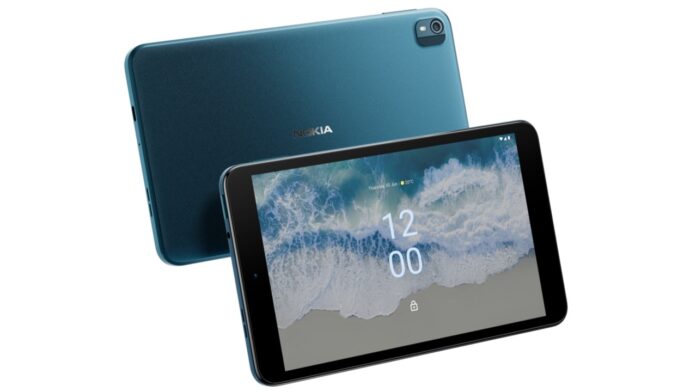 Nokia has today announced its second Nokia tablet, Nokia T10 in India, joining its tablet range. Nokia T10 is engineered to last longer with guaranteed Android software upgrades, Android 12 right out of the box and regular security updates. Further, the tablet has an 8-inch HD display.

The Nokia T10 tablet features a 8-inch HD display with 1280 x 800 pixels resolution and a 16:10 aspect ratio. Further, the display has 360 nits of typical brightness, and a 60Hz refresh rate. The device packs a 12nm octa-core Unisoc Tiger T606 chipset. It is coupled with up to 4GB RAM and up to 64GB storage. This can be expanded by up to 512GB via a microSD card slot.

In addition, the Nokia T10 runs on Android 12, and the company has assured of two years of OS upgrades and three years of monthly security updates. On the battery front, it packs an 5250mAh battery with 10W standard charging support.

Moreover, the tablet lacks a fingerprint scanner, but there is Face Unlock for security. The connectivity features include 4G LTE (optional), Wi-Fi 802.11 ac (2.4GHz|5GHz), Bluetooth 5.0, GPS + GLONASS, NFC, USB Type-C. It is IPX2 rated for splash resistance. There are stereo speakers with OZO playback support while the device is Netflix HD certified as well.

While this tablet may not be high on performance, it is definitely worth to look at if you are in the market looking for a budget tablet with the sole purpose of media consumption. As it is Netflix HD certified as well, shows & series on the app should look sharp. Moreover, Nokia is also promising 2 years of guaranteed OS upgrades so there’s peace of mind that you’ll stay updated with the latest version of Android for a long time.