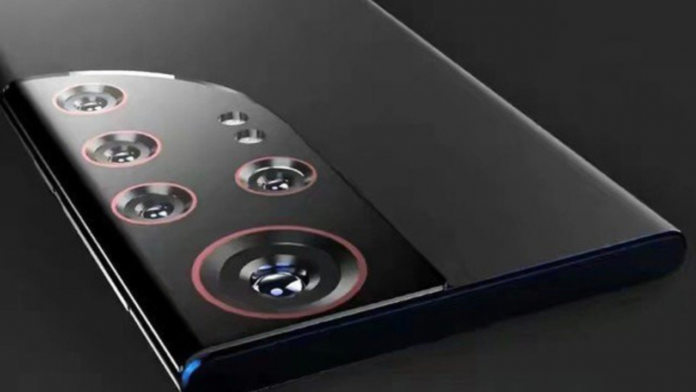 Nokia has been slowly reviving some of its old classic models that were the most famous in their time. One such smartphone was the Nokia N73 which could soon make a comeback as a modern smartphone with penta rear camera setup. To recall, Nokia N73 was originally launched back in 2006 as a Symbian OS-based device.

China’s CNMO publication has reported that the new Nokia N73 is said to be in the works with the 200-megapixel Samsung ISOCELL HP1 primary sensor that was announced in September 2021. This is the same sensor that has been tipped to be available on the Motorola Frontier.

The publication went on to share some renders of the smartphone which showcase the penta camera setup on the rear, where two secondary camera modules appear to have an identical size, while the other three differ from each other. The camera setup is also paired with a dual LED flash. The render also shows a curved back panel which is black in colour. On the right, there seems to be the power button and the volume rocker as well.

This is not the first phone from Nokia to have a Penta camera setup as it introduced the Nokia 9 PureView in 2019 that also had a similar camera system. However, the company faced backlash from users recently as the camera system was responsible behind Nokia giving up on providing software support for the device.