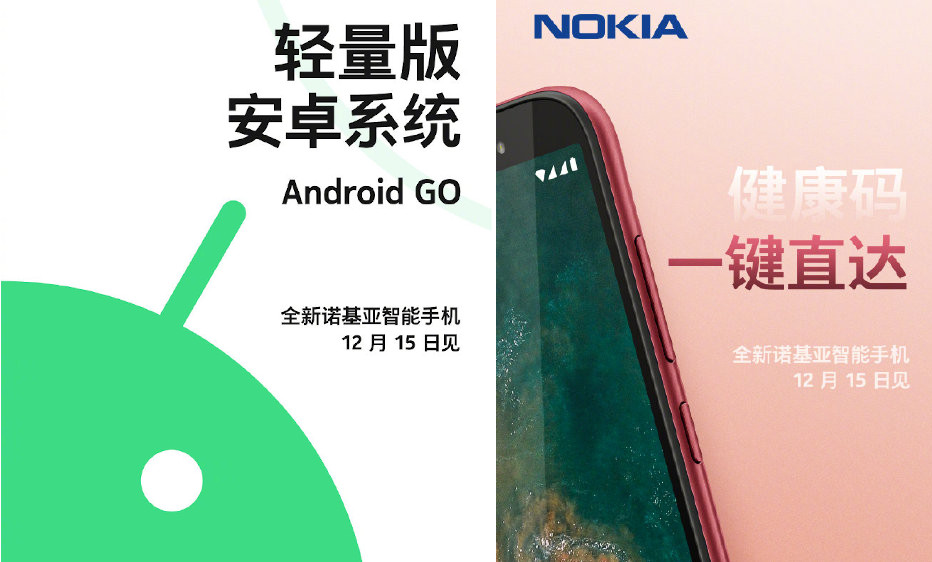 This will be the company’s Android Go device for the Chinese market.

HMD Global has announced that it will launch an Android Go smartphone in China on December 15. It is likely to be a C series smartphone.

An image has posted by Nokia Mobile on the Chinese social media site Weibo confirming the launch. This will bethe company’sAndroid Go devicefor the Chinese market.

HMD Global has earlier launched Android Go Edition phones like Nokia C1 last year and Nokia C2 earlier this year in the C series. The Nokia C3 also made its debut this year.

Recently, Nokia TA-1335 4G smartphone got certified by TENAA which is likely to be the Android 10 Go Edition smartphone to be introduced next week.

As per the listing, the phone will come with a 5.45-inch display with 1440×720 pixel resolution. It will be powered by a quad-core processor. It will have 2GB of RAM, 64GB storage with an expansion slot.

For the optics, there will be 5MP rear and 3MP front camera both with LED flash. It will be backed up by a 2500mAh battery. It measures 149.1 x 71.2 x 8.75 mm. The listing suggested that the phone will come in Red, Navy Blue and Champagne colours.