The latest spotting of the Nokia 9 PureView on Geekbench means an update to Android 10 operating system is nearing its release.

Google announced Android 10 in August and at the same time HMD Global confirmed that three of its devices – Nokia 9 PureView, Nokia 8.1 and Nokia 7.1, will receive the update to Android 10 in Q4 2019. It now appears that we’re closer to having Android 10 on Nokia 9 PureView as the device running the latest software has now been spotted on Geekbench. 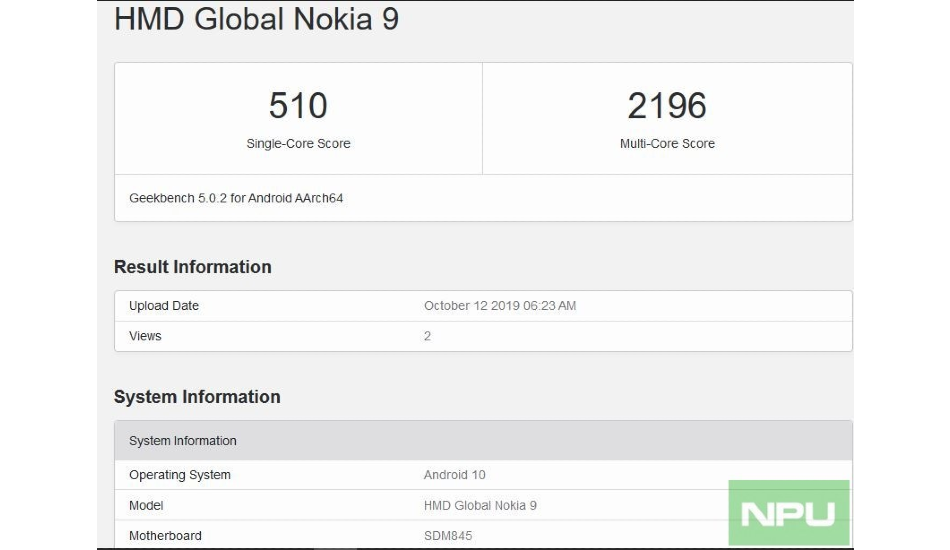 The scores are relatively lower than the Nokia 9 PureView that was found on Geekbench before its launch earlier this year. At the time, the device had scored 2269 points in the single-core test and 8793 points in the multi-core test.

Share
Facebook
Twitter
WhatsApp
ReddIt
Previous articleOppo A9 2020 4GB variant gets the price cut within a month of its launch
Next articleTecno Camon 12 Air with dot notch display launched in India for Rs 9,999
RELATED STORIES