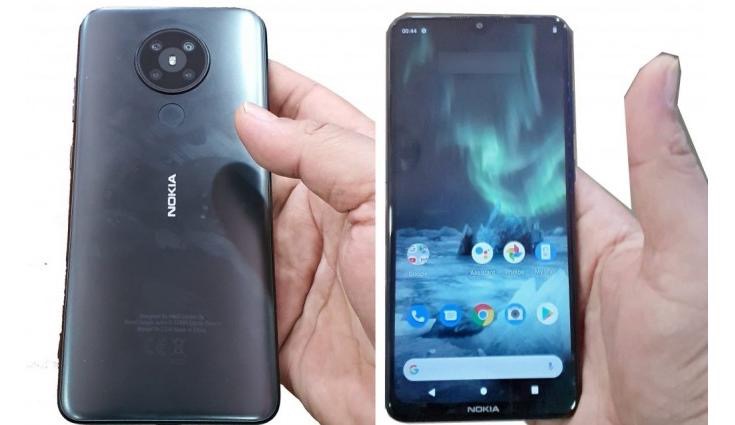 Nokia 5.3 will be available in two colour options including Charcoal and Cyan.

HMD Global has confirmed that it will be launching its next-generation Nokia smartphones on March 19 at an event in London. Now, ahead of launch, key details about the Nokia 5.3 has been surfaced online.

As per a report by NPU, the Nokia 5.2 will be known as Nokia 5.3. The report highlights that the smartphone will come with model number TA-1234. As per the leaked specifications, the Nokia 5.3 will be available in two colour options including Charcoal and Cyan, though the company is also planning to launch a third colour model.

The report further mentions that the smartphone will be loaded with a quad-camera setup with a combination of 16-megapixel primary lens, 5-megapixel secondary shooter, 8-megapixel third sensor and an 8-megapixel fourth sensor. For the front, the Nokia 5.3 will come equipped with an 8-megapixel selfie shooter.

The report mentions that the phone will come with a 6.55-inch display and it will feature an 18.5:9 aspect ratio. Furthermore, the Nokia 5.3 will be loaded with a 4000mAh battery, though there is no information about the fast charging technology.

Previously, the Nokia 5.2 aka Captain America was spotted on Geekbench. As per the GeekBench listing, the alleged Nokia 5.2 comes with 3GB RAM and a Qualcomm octa-core processor with a base frequency of 1.80GHz. The listing does not reveal the name of chipset, but as per rumours, the smartphone will be powered by a Qualcomm Snapdragon 660, 665 or a 632 processor.

Further, the listing reveals that Nokia 5.2 will run Android 10. The phone has received a single-core score of 313 and a multi-core score of 1419 in the GeekBench listing.