Nokia 2660 Flip comes with a security key that allows users to call and message five close members in case of emergency. 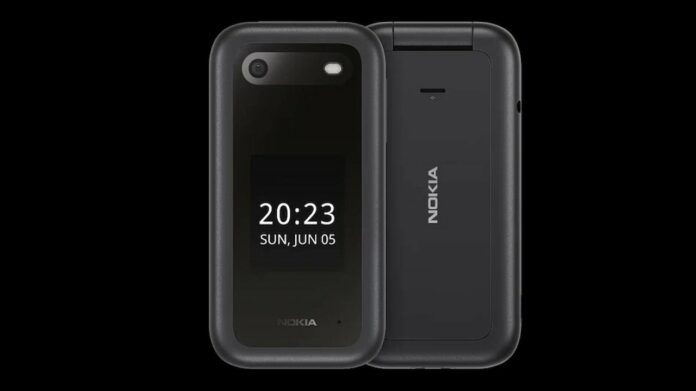 The Nokia 2660 Flip is priced at Rs 4,699 and is available from Nokia India online store as well as offline stores. It comes in Black colour, Red and Blue colours.

The dual sim phone packs 48MB of RAM along with 128MB of internal storage which is expandable up to 32GB with microSD. The device features a 0.3MP VGA rear camera with LED flash.

It packs a 1450mAh removable battery. The company claims to offer talk time of up to 20 hours on 2G and 6.5 hours on 4G. There is a security key that allows users to call and message five close members in case of emergency. The phone comes with HAC (Hearing Aid Compatibility) and an optional Nokia Charging Cradle.

Earlier this month, Nokia 110 2022 feature phone was launched in India. It is priced at Rs 1,699 for the Cyan and Charcoal colour options. The Rose Gold variant has been priced at Rs 1,799.

The feature phone comes with features including auto call recording and inbuilt rear camera. It comes with a MicroSD slot that supports up to 32GB storage expansion. Also, there is a LED flashlight on the top edge of the new Nokia feature phone.

The feature phone comes with a range of entertainment-centric features, including classic games like the iconic Snake, wireless and wired FM radio, 3.5 mm audio jack and video & MP3 player.