Nokia has launched another new feature phone in the Indian market called Nokia 110 2022 after Nokia 8210 4G. 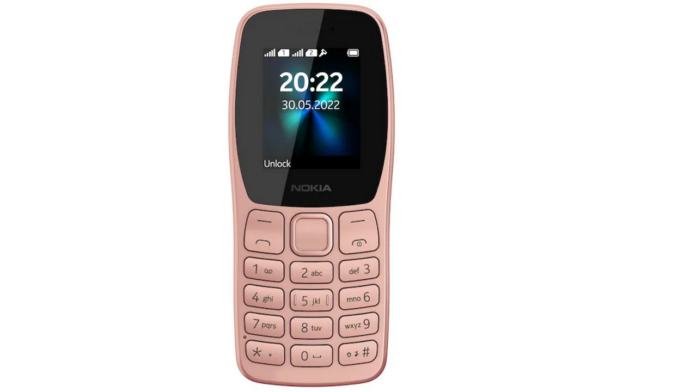 HMD Global has today announced the launch of its new Nokia 110 2022 in India. The feature phone has been launched at Rs 1,699 for the Cyan and Charcoal colour options. The Rose Gold variant has been priced at Rs 1,799.

The phone also comes with a free earphone worth Rs 299. The new Nokia 110 will be available across leading online and offline stores across India.

The new device comes with a MicroSD slot that supports up to 32GB storage expansion. Also, there is a LED flashlight on the top edge of the new Nokia feature phone.

The feature phone comes with a range of entertainment-centric features, including classic games like the iconic Snake, wireless and wired FM radio, 3.5 mm audio jack and video & MP3 player.

Further, the phone is packed with a removable 1,000mAh battery. The company claims that users can store up to 8,000 songs in the handset.

HMD Global also launched Nokia 8210 4G feature phone recently in India. The phone comes with a 2.8-inch QVGA display. under the hood, it is powered by a Unisoc T107 SoC, paired with 128MB of RAM and 48MB of onboard storage. At the back, there’s a 0.3-megapixel camera sensor.

The Nokia 8210 4G comes preloaded with games including Snake, Tetris, BlackJack, for entertainment purposes and also packs a torch. The feature phone sports FM radio with wired and wireless mode, and an MP3 player as well. It is backed by a 1,450mAh battery that is claimed to deliver up to 6 hours of talk time on a 4G network or up to 27 days of standby time.