Nokia 2 gets Android 8.1 Oreo but you have to request it manually 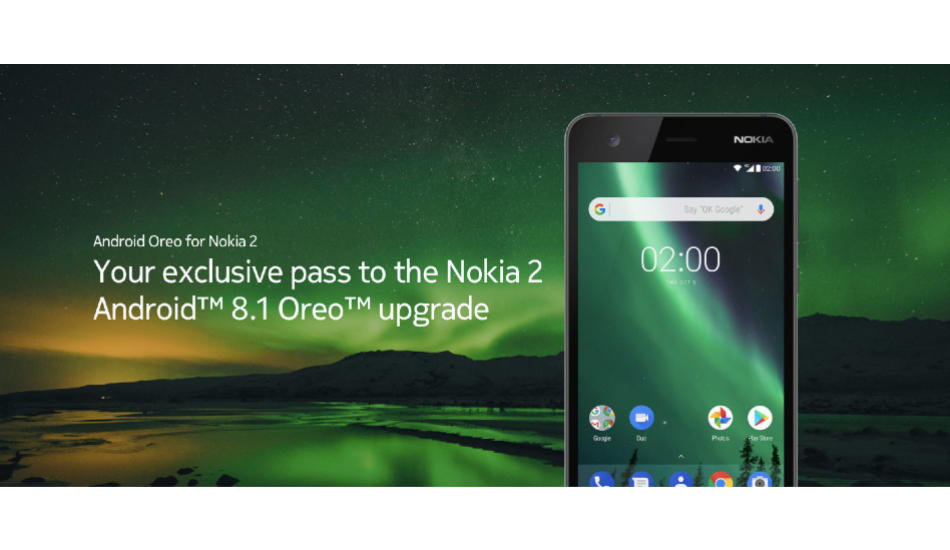 The latest update comes after HMD initiated beta testing of Android Oreo on the Nokia 2 which will receive the update directly from Android 7.1.1 Nougat. However, the update can be accessed only in select regions and will be only rolled out when requested manually by heading over to Nokia's site.

A week after rolling out Android 9 Pie to the Nokia 3.1 Plus, HMD Global has started seeding an update to its year and half old Nokia 2 smartphone. The latest update brings all the features of Android Oreo as the device gets a taste of Android 8.1 without ever receiving Android 8.0 in the first place.

The latest update comes after HMD initiated beta testing of Android Oreo on the Nokia 2 as we came to realise to realise that the Nokia 2 will receive an update to Android 8.1 directly from Android 7.1.1 Nougat. While HMD has indeed started rolling out the Android Oreo update to Nokia 2, the same can only be accessed manually unlike many other smartphones which receive updates over-the-air without any hassles.

How to update your Nokia 2 to Android 8.1 Oreo

1. Once there, users have to note that the Android Oreo update can only be pushed to your Nokia 2 device if it’s pre-approved by your career and if the device passes eligibility for your region.

3. In the next step, you enter your IMEI number which can be accessed by typing “*#06#” in your dialer. Besides that, the registering page also requires your location and operator details. After which you can “Agree” to terms for installing Android 8.1 Oreo on your Nokia 2.

4. As soon as you agree, you can click on “Request OTA” which will prompt about the latest update directly on your phone as a notification.

5. At this point, you can directly download the update by connecting your phone via an unmetered internet connection and install it to run Android Oreo.

The Nokia 2 was launched in India back in November 2017 for a price ofRs 6,999. The phone features a 5-inch HD LTPS display with a resolution of 720 x 1280 pixels coupled with Corning Gorilla Glass 3 protection. The major highlight of the device is the 4100mAh battery, which the company claims to last 2 days.The smartphone is powered by a quad-core Qualcomm Snapdragon 212 mobile platform clocked at 1.3GHz. The phone is backed by 1GB of RAM and 8GB of internal storage.On the camera front, the device features an 8-megapixel rear camera along with LED flash, while for the front, there is a 5-megapixel sensor for selfies and video calling.