Motorola G50 5G could be the company's newest G-series smartphone that is expected to be launched very soon. The smartphone has now been spotted on a TENAA listing which has revealed some of its key specifications along with the design. 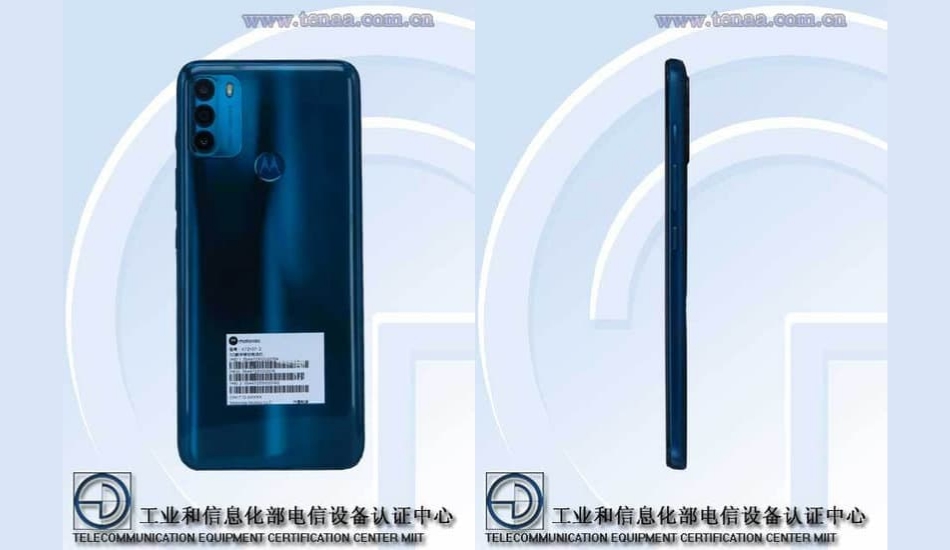 The design of the phone follows Motorola's traditional designs with a triple camera setup and a flash housed in a rectangular array at the top left. There's a Motorola logo as well that should also serve as a fingerprint sensor.

On the left, there's nothing while on the right you get a power button as well as a volume rocker that is accompanied by an extra button that should be presumably for triggering the Google Assistant.

The Moto G50 seems to have the same specifications as the Moto G40 (a.k.a Ibiza). Motorola Ibiza is said to feature HD+ display with a screen resolution of 1600 x 720 pixels and a 90Hz screen refresh rate. It should be powered by a 1.80GHz octa-core Snapdragon 480 5G chipset paired with 4GB or 6GB of RAM and 128GB of storage.

For the camera, there will be a triple-camera setup including a 48-megapixel lens, 5-megapixel macro lens and 2-megapixel depth sensor. On the front, the handset will feature a 13-megapixel sensor for selfies and video calls. Connectivity features include 5G, 4G LTE, Wi-Fi, Bluetooth, GPS, and USB Type-C port for charging and data transfers.