Moto Tab G20 tablet will be soon launched. It is said to be a rebrand of the Lenovo Tab M8 (3rd Gen) announced recently. 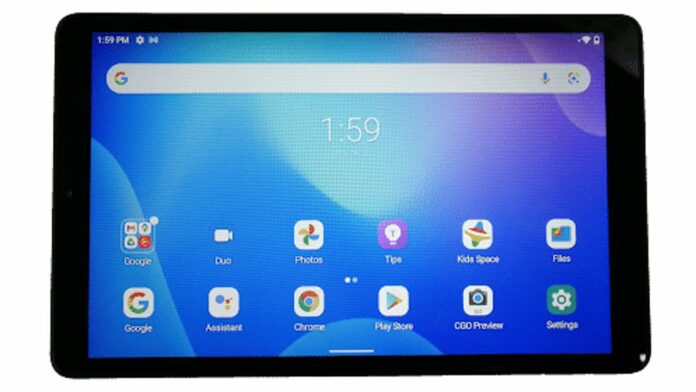 The Google Play Console listing, which was spotted by MySmartPrice, suggests that the tablet will be a rebrand of the Lenovo Tab M8 (3rd Gen).

The listing further reveals that it will come with a screen resolution of 800 × 1200 pixels and 240ppi pixel density. However, the exact screen size is not revealed. The tablet will come with 3GB of RAM.

As per the listing, the Moto Tab G20 will be powered by MediaTek’s MT8768A chipset (Helio P22T). The chipset comes with PowerVR GE8320 GPU. Further the listing also reveals that it will run on Android 11 operating system.

That said, there is no information available about the upcoming Moto tablet, so we suggest you stay tuned with us for more details.

The Lenovo Tab M8 (3rd Gen) was recently launched in some markets like Japan. It features an 8-inch IPS LCD panel that offers 1280 x 800 pixels resolution. It packs Helio P22T chipset with 3 GB of LPDDR4x RAM and 32 GB of built-in storage.

The tablet has a 2-megapixel front camera and a rear camera of 5-megapixel. It is backed by a 5,000mAh battery that promises up to 12 hours of usage time. The connectivity options include a microSD card slot, Wi-Fi, Bluetooth 5.0, and a 3.5mm microphone/headphone combo jack.

It lacks support for LTE connectivity. Further, there is a Dolby Atmos powered speaker. The device measures 21.1 x 13 x 3.7cm and weighs 305 grams.