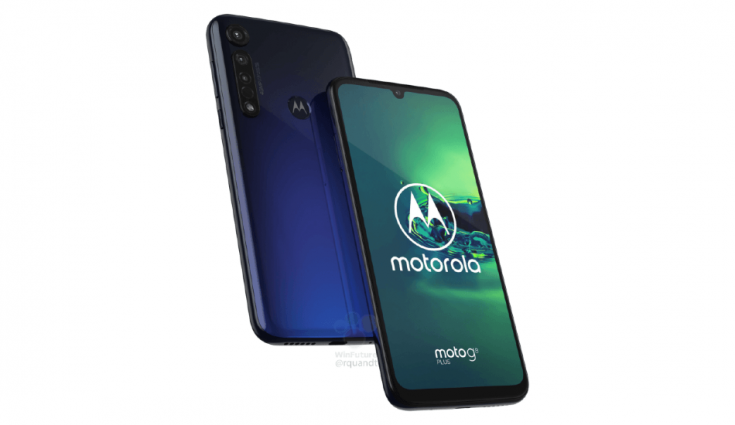 Motorola will be holding an event at the upcoming Mobile World Congress (MWC) 2020 on February 23. The company is expected to announce Motorola Edge+, Moto G8, Moto G8 Power and Moto G Stylus smartphones at the event. Now ahead of the launch, Moto G8 Power has been spotted on Geekbench benchmarking website.

As per the GeekBench listing, Moto G8 Power is powered by octa-core Qualcomm Snapdragon SoC clocked at 1.80GHz. The phone will run Android 10 out-of-the-box and it will pack 4GB of RAM. The Moto G8 Power has scored 311 in the single-core test and 1,357 in the multi-core test. 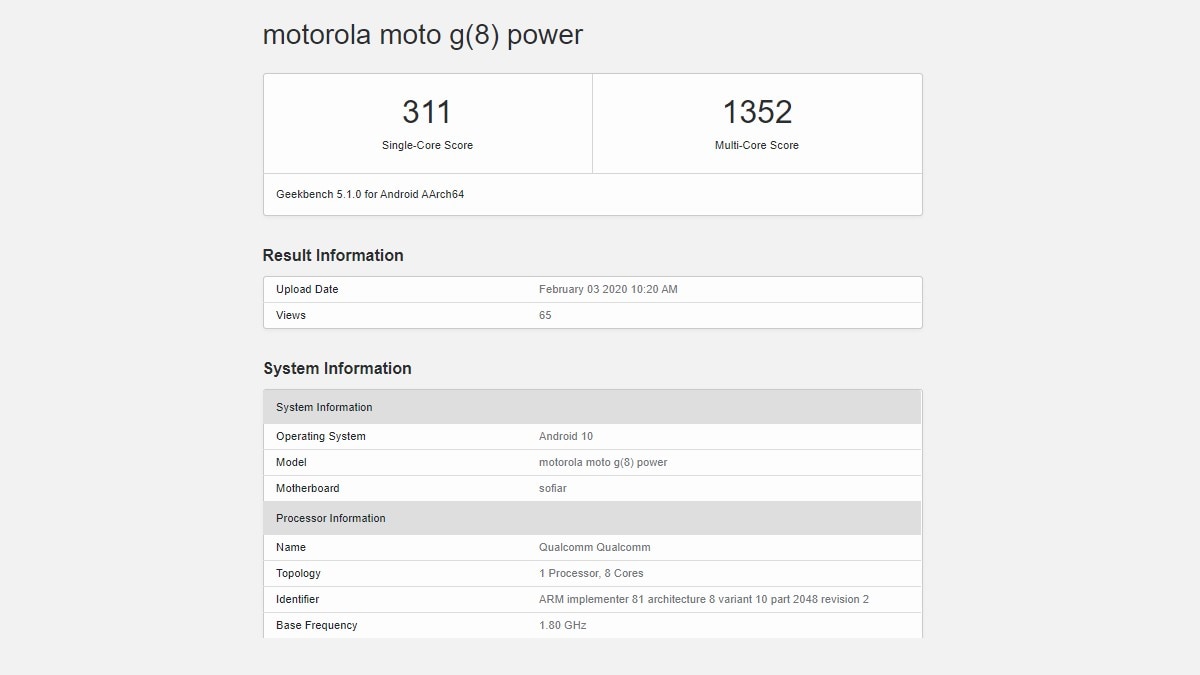 The Moto G8 Power is said to feature a 6.36-inch Full HD+ display with a screen resolution of 2300 x 1080 pixels. The smartphone will be powered by Snapdragon 665 SoC coupled with 4GB of RAM and 64GB of internal storage.

The Moto G8 Power is juiced up by a 5000mAh battery with 18W fast charging support. On the connectivity front, it supports dual-SIM, WiFi, Bluetooth, GPS and more. The phone measures 167.99 x 75.8mm.