Moto G50 5G has now been tipped via official looking renders. The phone should come with triple rear cameras headlined by a 48MP sensor. 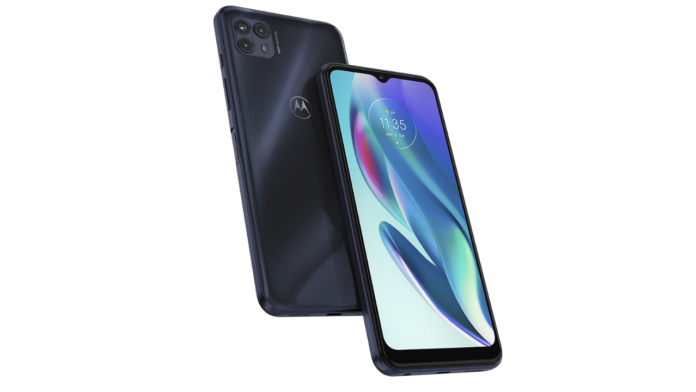 The Motorola G50 was launched earlier this year in March. It was codenamed Ibiza and came with Snapdragon 480 SoC and 5G connectivity. Apparently, a new variant of this smartphone is now in the works called Moto G50 5G and is codenamed ‘Saipan’.

The design for the Moto G50 5G Saipan was shared by known tipster ‘Evan Blass’ on Twitter. The design looks similar to the original Motorola G50 5G on the front but at the back, things have changed a little bit. On the rear, the ‘Saipan’ gets a square shaped camera array, compared to the rectangular one present on the Motorola G50 5G. The camera is lead by a 48-megapixel sensor which is clearly shown in the picture.

The flash sits inside the array whereas it was placed outside the array on the Ibiza. Secondly, the fingerprint sensor has now moved more towards the centre whereas it was more towards the top on Motorola G50. On the front, there’s a water-drop notch housing the front camera with relatively thicker bezels. The bottom chin is even more thicker than the rest of the sides which looks odd.

On the right side of the smartphone, there’s a voice assistant button, volume rocker, and a fingerprint scanner integrated into the power button itself. At the bottom, there’s a 3.5mm headphone jack, a USB Type-C port by the looks of it, and a speaker grille.

Additionally, Blass also says that a smartphone codenamed ‘Aruba’ could be the upcoming Moto E20. There’s no mention of specifications for both of the mentioned devices. The current Motorola G50 sports a 6.5-inch HD+ display with 1600 x 720 Pixels resolution, a 90Hz refresh rate, 20:9 aspect ratio, 269ppi pixel density and 85 percent screen-to-body ratio. It comes with Qualcomm’s Snapdragon 480 processor with Adreno 619 GPU.