Moto G22 launch date is set for April 8 in India. The phone will be available on Flipkart after its launch. 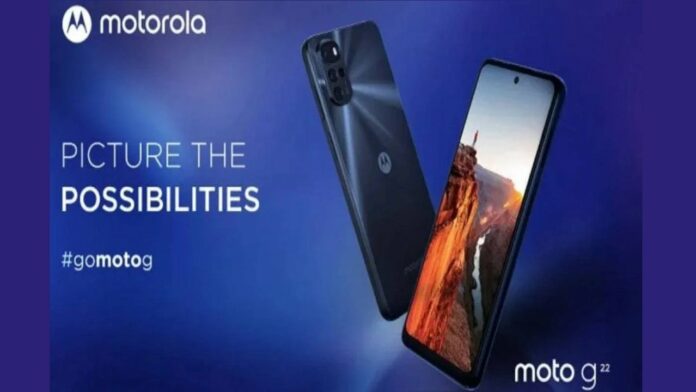 Moto G22 has now been confirmed to launch in India this month. The brand will launch the smartphone in the country on April 8.

A microsite for the upcoming device has now gone live on Flipkart. The listing has also revealed the specifications of the Moto G22. In addition, it also confirms that it will be available on Flipkart after its launch.

In addition, the device is powered by the MediaTek Helio G37 SoC coupled with 4GB of RAM and up to 128GB of internal storage. It comes with a microSD card slot for additional storage needs.

The device is backed by a 5000mAh battery with 15W charging support while a 10W charger is supplied with the box. There’s a side-mounted fingerprint sensor for security. Besides, the phone runs on the latest Android 12 OS.