Microsoft in its latest video teased a new refreshed look for the Windows 10 start menu. Earlier this week, Microsoft announced that Windows 10 is now running on over one billion monthly active users.

On reaching this milestone, they released a “success” video where they teased a new look for the startup menu on Windows 10. The new-look has a more neutral tone to it with translucent live tiles spaced further away from the list of programs on the left.

The centre point of this is the de-emphasis of Live Tiles. Although they haven’t been completely removed, they no longer are hogging the highlight of the start menu. This new look is followed by Microsoft releasing a new icon for certain apps.

The video also gives us a glimpse of the new unified File Explorer, updated context menus, and more. The start menu is more spaced out and roomy, to say the least. 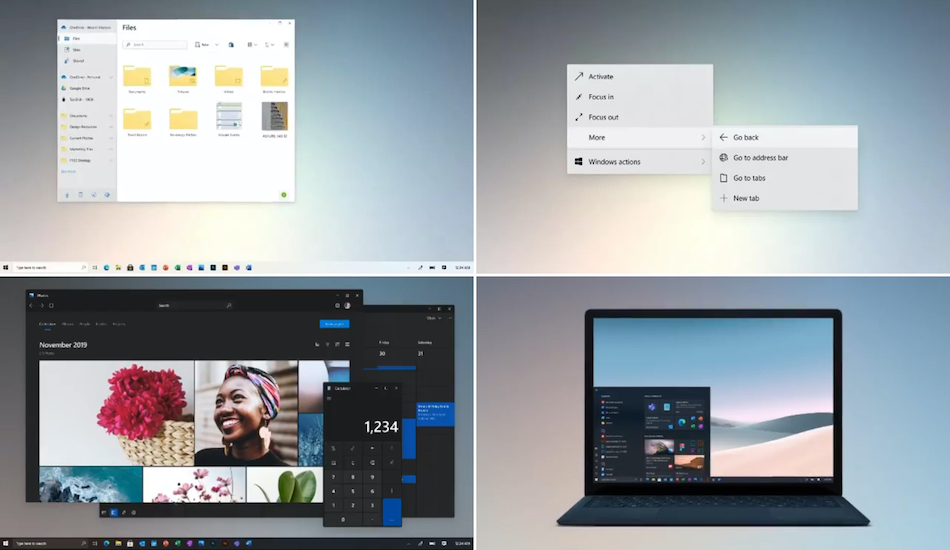 It seems like Microsoft is going for a more cohesive design direction. They plan on filling the void between different variants of Windows 10 on different devices.

A lot of the design changes are taken from the upcoming Windows 10X which is Microsoft’s touch-friendly dual-screen OS that too recently previewed with some similar design statements.

This is change is very welcomed as it will make jumping between devices less jarring and will ensure a smoother transition and better looks.