The 7 inch display based tablet comes with dual SIM connectivity with calling.

The Micromax Funbook Tab Mini P410 features a 7 inch display with capacitive touch input and 1024 x 600 pixel native resolution. The tablet has a dual core processor running at 1 GHz, 1 GB RAM and 4 GB of onboard storage out of which 2.4 GB would be available to the users. Users will have the option to increase the storage by another 32 GB with the use of a micro SD card. It has a 2800 mAh battery that is claimed to provide 4 hours Internet usage. 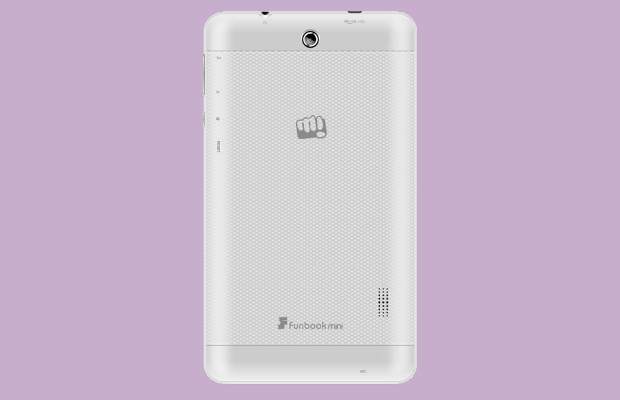 The Micromax Funbook Tab Mini P410 also has Bluetooth connectivity so the users would no longer be limited to the use of wired Handsfree kits. The Funbook Tab Mini P410 comes with Android Jelly Bean 4.1 along with Micromax's custom user interface. There is a 2 megapixel fixed focus camera at the back of the tablet while a 0.3 megapixel fixed focus is in its front for video chatting.