The tablet will be available in the market next month but Micromax has not revealed its price yet.

Micromax has announced a new tablet – the Funbook Mini 410i. However, it has not announced the price of the tablet yet. The announcement came during an event where Micromax has announced its partnership with Aircel which is providing data and voice benefits on several Micromax devices powered by Mediatek chipsets (see related story).

The Micromax Funbook Mini 410i comes with a 7 inch TFT LCD touchscreen with 1024×600 pixels resolution. Notably, it comes with two SIM slots and allows accessing 3G network via any operator. 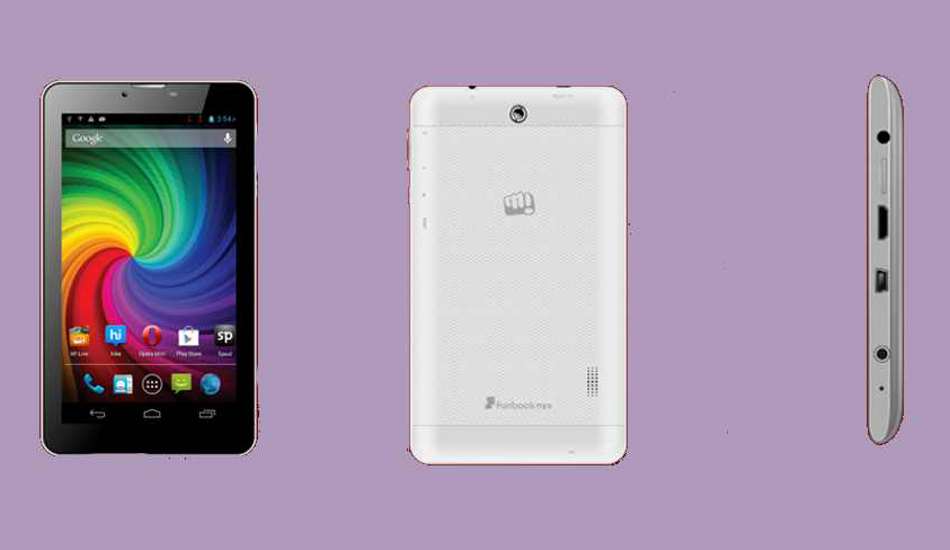 This tablet is powered by a 1.2 GHz dual core Mediatek MT8377 processor and has the Android 4.1.2 Jelly Bean operating system. The Funbook Mini 410i has 4 GB internal storage, 1 GB RAM, and an expandable storage slot that can accommodate a micro SD card of up to 32 GB capacity.

The Micromax Funbook Mini 410i has a 5 megapixel rear camera and a 2 megapixel front camera. However, both the cameras are of fixed focus nature. It has a decent looking 2800 mAh battery which claims to provide 6 hours of talktime only. Besides, the tablet has WiFi, Bluetooth, micro USB 2.0 port and GPS.