Xiaomi Mi Smart Band 7 Pro might come with enlarged display, a 250 mAh battery and a GPS module than Band 7. 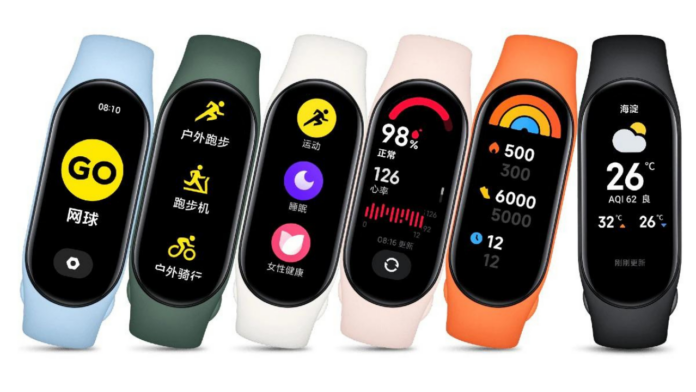 Xiaomi announced the Mi Band 7 last week along with the other few products. Now, the company is gearing up to launch the Xiaomi Mi Smart Band 7 Pro.

According to one leakster Digital Chat Station on Weibo, Xiaomi will reportedly unveil a Mi Band 7 Pro alongside the Xiaomi 12 Ultra in July. The details of the upcoming fitness tracker are not much revealed the moment.

The rumous says that Mi Band 7 Pro might come with enlarged display, a 250 mAh battery and a GPS module than Band 7. To refresh, Mi Smart Band 7 packs 180mAh battery. The Xiaomi Band 7 Pro supposedly leaked before when it appeared in application code for the Mi Door Lock smart lock.

The Xiaomi 12 Ultra will be unveiled in July, the company’s first product from its partnership with Leica. The phone is expected to sport a 6.73-inch OLED display with QHD+ resolution and a 120Hz refresh rate. Rumours also suggest that it may be powered by a Snapdragon 8 Gen 1+ processor.

Users get over 100 customisable band faces for a versatile and personalised look for their wearable. The Mi Smart Band 7 comes packed with a bunch of health-related features such as heart rate monitoring, sleep monitoring, SpO2 monitoring and women’s health tracking.

For battery life, it is claimed to deliver up to 14 days on a single charge. The band is certified to 5ATM water resistance. It comes with Bluetooth v5.2 as well as NFC for connectivity. You can also check your notifications on the band when it is connected to your smartphone. The band can be charged using a magnetic port.