Xiaomi has today confirmed that it has partnered with German camera maker, Leica for its upcoming smartphone. 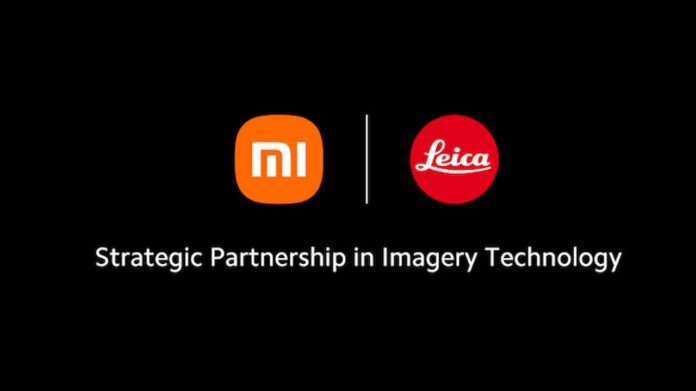 Xiaomi has today officially announced its partnership with German camera maker, Leica. The first imaging flagship smartphone jointly developed by the two companies will be officially launched in July this year.

Leica earlier collaborated for mobile imaging with Sharp, Nokia, Huawei, and Panasonic. However, Xiaomi has not revealed any details of the upcoming flagship smartphone. Previous leaks suggest that the upcoming smartphone might be the rumoured Xiaomi 12 Ultra.

The phone is expected to sport a 6.73-inch OLED display with QHD+ resolution and a 120Hz refresh rate. Rumours also suggest that it may be powered by a Snapdragon 8 Gen 1+ processor.

As for the optics, there may be a 50-megapixel Sony IMX766 primary sensor. The device is also said to feature a 16-megapixel portrait lens and a 48-megapixel IMX586 telephoto camera. It will reportedly be backed by a 4,900mAh battery with support for 120W fast charging.

Speaking on the announcement, Lei Jun, Founder, Chairman and CEO of Xiaomi Group, said “Xiaomi focuses on creating the ultimate user experience and has always hoped to explore the capabilities of smartphone photography to the extreme. “

Matthias Harsch, CEO of Leica Camera AG on the collaboration said, ” We are convinced that the first jointly developed imaging flagship smartphone makes the pioneering progress of both companies visible.”