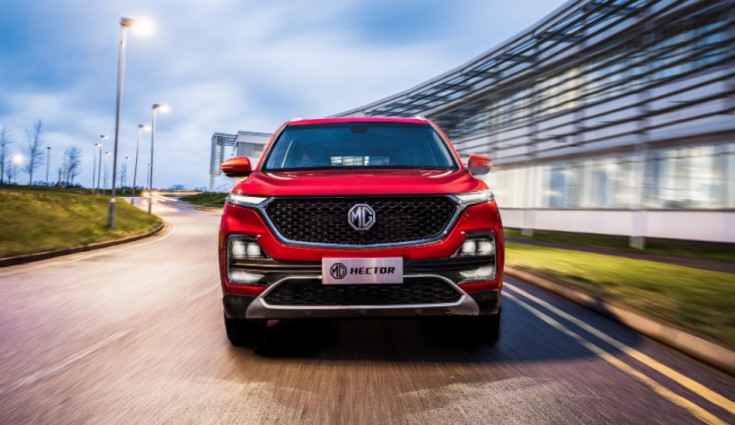 The software update adds new features such as Apple Car Play and enhances the overall user experience with technological enhancements.

British Automaker MG (Morris Garages) Motor launched the MG Hector Internet Car in India in June this year. Now MG HECTOR has received the first over-the-air (OTA) software update that adds new features such as Apple Car Play and enhances the overall user experience with technological enhancements. The company has claimed that MG HECTOR has received more than 36,000 bookings since its launch.

With this, customers no longer need to get their cars all the way to the authorised service station for updating their infotainment system. The MG Hector with iSMART Next Gen comes in a total of 11 combinations across 4 variants – Style, Super, Smart and Sharp; alongside three engine options – Petrol, Petrol Hybrid and Diesel; and in manual and automatic transmissions.

Starting today, customers of MG HECTOR’s Smart & Sharp variants will receive a notification on their touchscreen display to download the latest software update. The free update can be downloaded directly, just like smartphones, making it a ‘living car’. An embedded sim card enables internet inside the MG HECTOR’s iSMART infotainment system. The carmaker will roll out the update to the cars in batches.

MG Hector comes with an iSMART Next Gen technology which features a 10.4-inch screen with touch and voice controls. iSMART Next Gen comes with an embedded M2M sim which will make the car an always-connected vehicle. The car comes with 25 safety features and has LED daytime running lights, panoramic sunroof, 360-degree camera, cruise control, electrically adjustable front seats and heated ORVMs.

“As the pioneer of internet cars in India, MG Motor India has been at the forefront of technology leadership in the automotive space. With the first over-the-air update in the Indian automotive industry, we are redefining the in-car experience and will continue to delight customers with more updates in the future,” said Rajeev Chaba, President & Managing Director, MG Motor India.