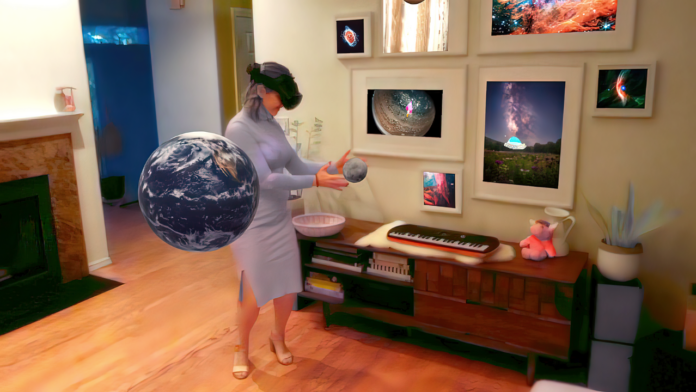 After a public commitment to the metaverse, Meta has launched a new virtual reality headset – Quest Pro VR headset for professionals. The new device will also support mixed reality and is powered by a Qualcomm chip, with improved displays and performance. Unfortunately, all this comes at a hefty price tag.

Qualcomm chipset: It’s powered by the Snapdragon XR2+ Gen 1 chipset, explicitly designed for advanced VR capabilities. It has 12GB RAM and 256GB storage, which could be the reason for the higher price tag. Compared to the XR2 variant, Qualcomm promises a 50 percent improvement in performance and a 30 percent reduction in thermals.

Visuals and Cameras: Meta has been working on improving the visuals within the headset, offering better depth and sharpness. Quest Pro has 10 colour cameras – five inside and the other five outside. The inner cameras are designed to track your virtual avatar in any field, and that data is stored in the headset.

Controller: The new touch controllers have been redesigned to feature a better ergonomic design and tactile feedback. It can also be charged via a USB C adapter.

Meta partners with Microsoft for Metaverse

Apart from the announcement related to VR headsets, Meta announced a partnership with Microsoft as well. They have partnered to integrate the Office 365 suite into their new virtual reality headset, the Quest. This collaboration will enable users of the Meta Quest to embed content from Microsoft apps like Word and Excel within virtual reality or metaverse.

The announcement was made during Meta’s annual Connect developer conference. As per TechCrunch, Microsoft CEO Satya Nadella stated, “We’re bringing the Microsoft Teams immersive meeting experience to Meta Quest to give people new ways to connect with each other.”

As per reports, Microsoft’s streaming game service, Xbox Cloud Gaming, will soon come to Quest devices, but no timelines have been shared. Interestingly, Microsoft has already collaborated with Adobe and Autodesk to provide immersive experiences for its users.

Meta and Microsoft are betting big on the metaverse

Since 2020, Meta and Microsoft have been betting on the metaverse. In October last year, Meta unveiled its plan to build a metaverse and later in the year, Microsoft unveiled Mesh for Teams, a virtual version of Microsoft Teams.

In 2021 Meta launched Horizon Worlds, a metaverse platform for users to socialise virtually. The same year Microsoft launched HoloLens 2 and “holoportation”, enabling users to project their king-size hologram and avatar to interact in the mixed reality world.