Metaverse is a term that was coined back in 1992 and after Facebook rebranded itself to Meta, it has opened new possibilities as to how it can evolve. 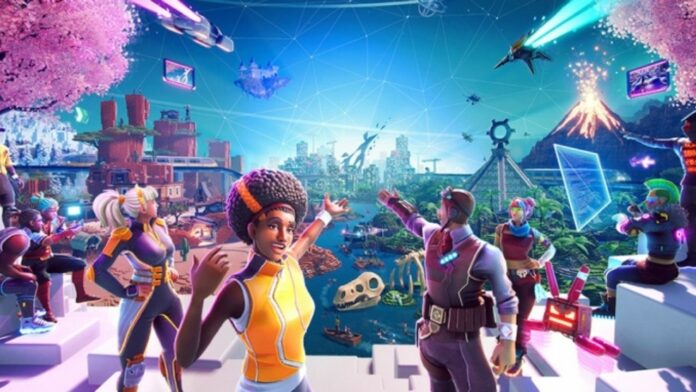 Recently, Facebook renamed itself to Meta to showcase its focus on building a Metaverse. But what is it, how does it work, and what importance it holds are some of the burning questions that people are still wondering about. So here we will tell you everything about Metaverse and how it works.

What is Metaverse and how it works?

The word Metaverse was coined in Snow Crash, a 1992 novel by Neal Stephenson. In Meta’s (formerly Facebook) words, the Metaverse is a set of virtual spaces where you can create and explore with other people who aren’t in the same physical space as you.

As for how does Metaverse works? It will be a “feeling of presence — like you are right there with another person or in another place. Feeling truly present with another person is the ultimate dream of social technology. That is why we are focused on building this,” said CEO Mark Zuckerberg in his Founder’s Letter following the announcement.

For those who relate it with gaming, it isn’t about gaming with your friends. Yes, games like Fortnite are a part of the Metaverse and have a basic implementation of how it will work, but aren’t the whole of it. The word Metaverse stretches beyond just gaming, where a lot of activities can take place. Tim Sweeney (CEO of Fortnite publisher Epic) and Facebook CEO Mark Zuckerberg often say they’re just building one piece of a larger interconnected metaverse. “The Metaverse isn’t a single product one company can build alone. Just like the Internet, the Metaverse exists whether Facebook is there or not”, read one of Meta’s statements.

In simple terms, it is a connection of 3D virtual worlds that focus on social connections, which we currently use in a 2D format on flat screens, such as Facebook itself, Instagram, WhatsApp and more. With Metaverse, you’ll be able to interact with the other person in a virtual world with multi-sensory (such as Touch) features. This makes the interaction simpler and more personal.

What is the use of Metaverse?

As we mentioned above, Metaverse will be a place where several activities will take place. It will provide a more immersive experience for social media users by enticing a feeling of presence among them. People will have a more personal feeling when interacting via a service built on the concept of it. Users will be able to make avatars that will represent them and then engage with their friends, family, co-workers, etc, in a 3D environment.

Companies will be able to arrange round table conferences, or you will be able to play with your friends in a playground or you could also watch a Netflix movie with your friends while being at your place. These are only a couple of use-case scenarios while a vast number of possibilities can be achieved. Major companies reportedly working on Metaverse services include Epic, Microsoft, of course Meta, Nvidia, Niantic and many more.

Metaverse - The Future of Banking

Is the Metaverse AR or VR?

Augmented Reality and Virtual Reality are currently the elements that will play a key role once the Metaverse is fully developed and is available for use. Many believe that they will be the entry point into the Metaverse. Further, AR and VR are still seen as means to entertainment but with the arrival of Metaverse, VR headsets and AR devices will serve a more meaningful purpose and won’t remain a niche category.

Even though VR will be used to access the larger parts of a virtually based service, it won’t just be limited to VR technology. Instead, it will be accessible by both AR devices that opens new possibilities for Metaverse as you might be able to use AR technology to project an element of the virtual world into the real life. For example, the Facebook metaverse is likely to be available through virtual reality headsets, smart glasses with augmented reality, and in limited ways in desktop and mobile applications as well.

What is Metaverse in Crypto and how will it affect Crypto?

While Metaverse will be a social platform, it is also supposed to be an investment platform as it will be based on Blockchain technology. For those unaware, it is a technology that permanently records transactions, typically in a decentralised and public database called a ledger.

A metaverse based on this technology might be called Crypto Metaverse, that along with the blockchain technology, will also incorporate crypto assets, such as metaverse tokens, into its economy. These tokens could be shown in the form of NFTs. This means that whatever you buy inside one virtual world, could come with an NFT linked to it. Moreover, this functionality could be implemented in a cross-platform manner where if you buy a single item, an NFT can be generated as a receipt, enabling you to buy the same item in another world/service based on Metaverse.

Moreover, these services will be decentralised, the same way Cryptocurrency is. This could open equitable engagement opportunities where the game or the world could be owned equally by the participants and could continue to operate even if the company that made it, walks away. It could also bring investment propositions inside the Metaverse thereby promoting Crypto in a good manner.

Will it replace Internet?

Metaverse is seen as a replacement for the Internet. However, it isn’t. Instead, it can be seen as an alternative to the Internet where its major advantage is the presence of the person you are interacting with, along with a more immersive experience. It will have a lot to improve on once it becomes mainstream to even compete with the Internet in the current way it works. Until then, both of them can be seen as an alternative to each other where people can choose which one of them to use as per their preference.