Qualcomm Snapdragon 898 and MediaTek Dimensity 2000 specifications have now been tipped. 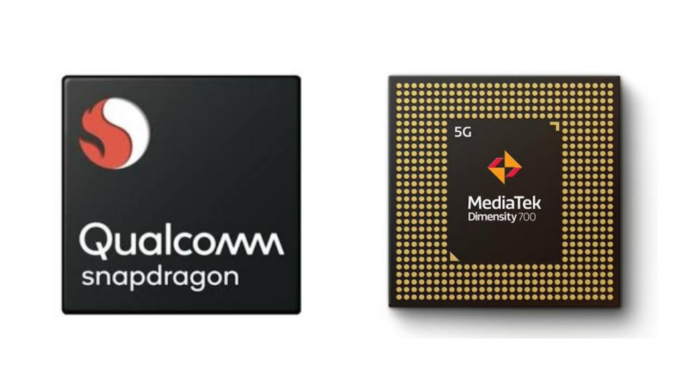 MediaTek and Qualcomm have had a long-standing rivalry. While the latter has had a good grip over the flagship devices, the former is now catching up. The specs for the MediaTek Dimensity 2000 have been leaked alongside the Snapdragon 898, further showing how both of the chipset makers will compete with each other throughout next year with their flagship chipsets.

The specifications of both the chips have been tipped via a Weibo tipster called Digital Chat Station. As per the tipster, the Snapdragon 898 will comprise an octa-core CPU. This will be consisting of a Cortex-X2 primary core coupled with 3x Cortex-A719-based performance cores, which will be clocked at 2.5GHz. Furthermore, it also has energy-efficient Cortex-A510-based cores. The Adreno 730 GPU will handle the graphics. Samsung will produce the Snapdragon 898 through its 4nm process.

The MediaTek Dimensity 2000 will also feature a similar configuration to the Snapdragon 898. However, it will have a considerably higher clocked cluster of the three performance cores at 2.85GHz. In addition, the chip is being expected to have the Mali-G710 MC10 GPU to handle graphics-heavy workloads. The MediaTek Dimensity 2000 will be produced via TSMC’s 4nm process.

Moreover, TSMC’s foundry has been one of the most efficient in the past. This leads us to believe that MediaTek might gain over Qualcomm in the flagship segment next year. However, a real-life performance test is needed before making any decisions and will settle things for good.

It has also been reported before that MediaTek’s Dimensity 2000 will be more efficient than Snapdragon 898. The specifications of this chip will be notable because of the ARM V9 architecture. The first phones equipped with the MediaTek chip will launch as early as Q1 of 2022. It was reported that China would be the primary target for MediaTek.