A dozen of smartphones are coming up with the Snapdragon 8 Gen 2 under the hood and here’s a list of those devices. 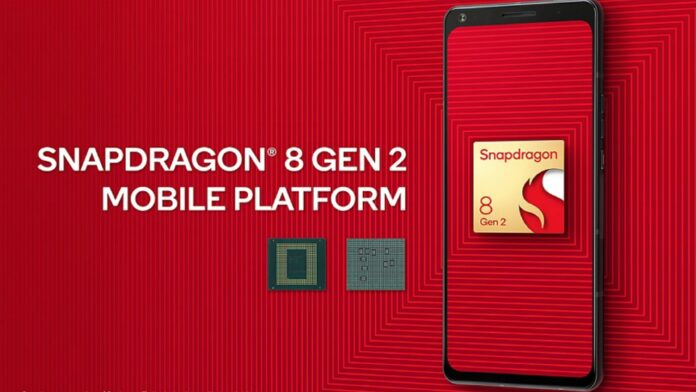 Qualcomm recently unveiled its latest and most powerful processor, the Snapdragon 8 Gen 2, that will power the next era of flagship smartphones. While Qualcomm already told us about the companies bringing a Snapdragon 8 Gen 2-powered device to the market, a bunch of smartphone manufacturers have come forward to confirm that we can expect a flagship soon from them that will house Qualcomm’s greatest processor till date. Here’s a list of those smartphones:

OnePlus has announced on Weibo that the OnePlus 11 series will be among the first smartphones to launch with the new Snapdragon 8 Gen 2 SoC. While the company didn’t share a launch timeline, it did confirm the models of their upcoming flagships. The renders of the device have already leaked in the past, showing the rear and front of the upcoming flagship.

The leaked specifications of the OnePlus 11 suggest that it will offer up to 16GB of RAM, 256GB of internal storage, Snapdragon 8 Gen 2 SoC, and a 5,000mAh battery with support for 100W fast charging. Rumour also has it that the phone will sport a rear triple camera setup with a 50MP primary sensor accompanied by a 48MP lens and a 32MP sensor.

Motorola also took to Weibo to announce that its upcoming flagship, the Moto X40, will be employing the Snapdragon 8 Gen 2. Again, Motorola didn’t mention a launch timeline, but we can expect an announcement soon.

As for the specs, rumours suggest that the Motorola Moto X40 may feature a full-HD+ display and a 50-megapixel primary camera. We expect it to get up to 16GB RAM and up to 512GB of storage. This Moto smartphone may support 68W fast charging as well.

While Xiaomi didn’t announce the model name of its device, it did confirm that its upcoming flagship will have Snapdragon 8 Gen 2 under the hood. Rumours afloat suggest that it will be called the Xiaomi 14 series and will launch before the end of this year, the same as the Xiaomi 11 series and the Xiaomi 12 series.

Next, Oppo took to the stage to announce that its upcoming Find X series device will house Qualcomm’s latest flagship chipset. Again, while it didn’t announce the name of the device and just mentioned it as the next Find X series smartphone, we can expect it to be called the Find X6 Pro, considering the track record of the brand.

As the first smartphone manufacturer to provide an open-sourced ray tracing solution for mobile, the company says it will conduct software optimisations based on the new generation Snapdragon 8 Gen 2 Mobile Platform.

As per leaked specifications, the Oppo Find X6 Pro should come with a 6.7-inch curved AMOLED LTPO E6 display with a Quad HD+ resolution of 1440 x 3216 pixels and a 120Hz refresh rate. There could be a 240Hz touch sampling rate, 100% coverage of the DCI-P3 colour space and 1300 nits of peak brightness.

For optics, the device should feature a triple camera setup, including a 50-megapixel 1” IMX 989 primary camera with OIS support, a 50-megapixel ultrawide lens and a 50-megapixel telephoto camera with support for 5x hybrid zoom. The MariSilicon X2 chip could handle AI noise reduction and other image processing tasks. For selfies, the punch-hole on the front should house a 32-megapixel Sony IMX709 camera.

Vivo sub-brand iQOO also confirmed that its next iQOO 11 series devices will have the latest Snapdragon SoC. No timeline was stated for launch but we can expect the devices to arrive early next year.

A recent report from 91Mobiles suggests that the iQOO 11 will come with a 6.78-inch QHD+ E6 AMOLED display with a 144Hz refresh rate, 3200×1440 pixels resolution, and 300Hz touch sampling rate. The phone will be powered by the Qualcomm Snapdragon 8 Gen2 SoC paired with LPDDR5X RAM and UFS 4.0 storage. There will be a dedicated, intelligent image and display chip, which could be the V2+.

For the cameras, the iQOO 11 will have triple cameras on the back, including a 50MP primary camera with f/1.9 aperture and LED flash, a 13MP ultra-wide-angle lens with f/2.2 aperture, and an 8MP macro sensor with f/2.4 aperture. There could be a 16MP snapper for selfies and video chats on the front.

The iQOO 11 will likely run on Android 13 with OriginOS 3.0 custom skin out of the box. Lastly, the phone will pack a 5,000mAh battery with 120W fast charging support and will have NFC.

Nubia subsidiary RedMagic said that its RedMagic 8 Pro, the upcoming gaming smartphone, will be having the Snapdragon 8 Gen 2 powering it. RedMagic’s devices are generally limited to a certain set of regions, so you may not expect them to arrive here in India.

A big name missing from the list is Samsung, whose Galaxy S23 series is already confirmed to pack Snapdragon processor. However, the company didn’t make any announcement regarding the same.

Rumours suggest that Samsung is planning to completely ditch its Exynos processors in favour of Snapdragon chips. This is due to performance issues the Exynos chips have been facing for a while now and the backlash from consumers in regions where Exynos-powered flagships are sold.

Same as previous years, the initial batch of launches from companies could be limited to China. Eventually, the smartphones should arrive in other parts of the world including India.