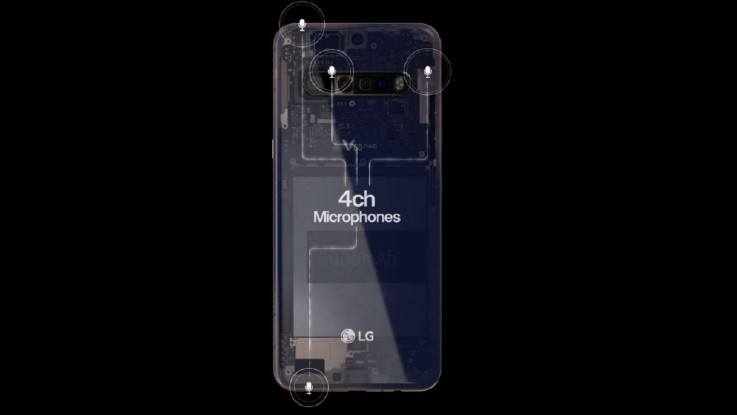 A new render of the upcoming smartphone has been leaked online, which reveals some juicy details about the phone.

LG is gearing up to launch its next-generation of the flagship smartphone, the LG V60 ThinQ. Now, a new render of the upcoming smartphone has been leaked online, which reveals some juicy details about the phone.

The render was posted by known tipster Evan Blass and it reveals the back panel of the device. The image reveals that the smartphone will come loaded with four microphones. Furthermore, it shows that the phone will feature a punch-hole design at the front.

The images show that there is no cut-out for the fingerprint scanner which suggests that the phone will feature an in-display fingerprint sensor like that of the LG V50S ThinQ. The phone rear panel is shown in black and pink colours.

The LG V60 ThinQ 5G will be arriving with an upgrade Dual Screen accessory. The specifications of the smartphone are not known, but reports say that the phone might be powered by the Snapdragon 865 chipset that comes with X55 5G modem for 5G connectivity.