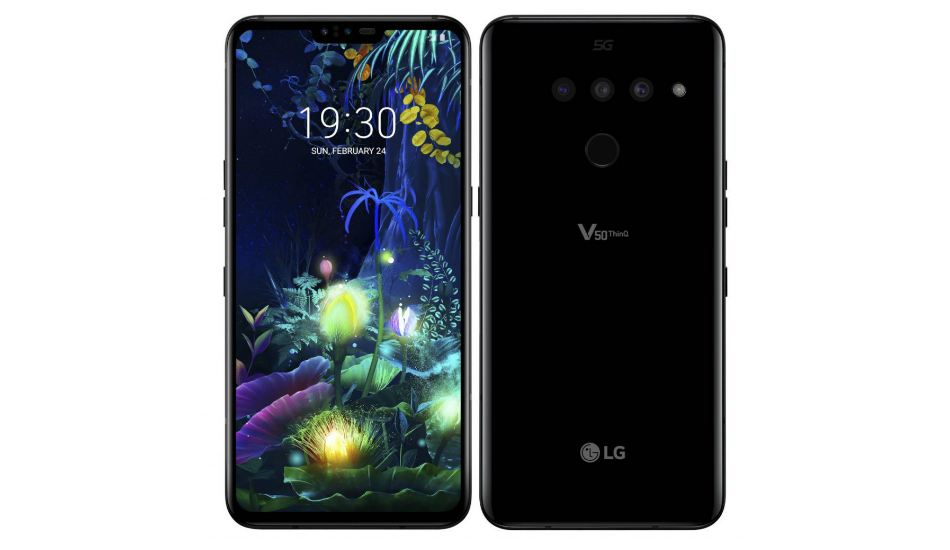 South Korean company LG will be present at the MWC 2020 tech trade show in February and it might be announcing new flagship phones at the Mobile World Congress (MWC) 2020. The company had launched the LG V50 ThinQ 5G as its first 5G enabled flagship phone at MWC 2019 with Dual Screen accessory alongwith LG G8 ThinQ and G8s ThinQ phones.

As per a report on The Korea Herald, LG will announce the LG V60 ThinQ and a new 5G flagship phone at the MWC 2020. The report states that the LG V60 ThinQ 5G will be arriving with an upgrade Dual Screen accessory.

The specifications of the smartphone are not known, but reports say that the phone might be powered by the Snapdragon 865 chipset that comes with X55 5G modem for 5G connectivity. The report, however, did not reveal the name of the new 5G phone that will be announced alongside the LG V60 ThinQ 5G.

The phone is powered by a Qualcomm Snapdragon 855 7nm Octa-core processor with Adreno 640 GPU coupled with 6GB RAM and 128GB storage. The storage can be expanded up to 2TB via micro-sd card slot. It runs on Android 9 Pie and is backed up by a 4,000mAh battery with support for Qualcomm Quick Charge 3.0. It has an in-display fingerprint sensor.