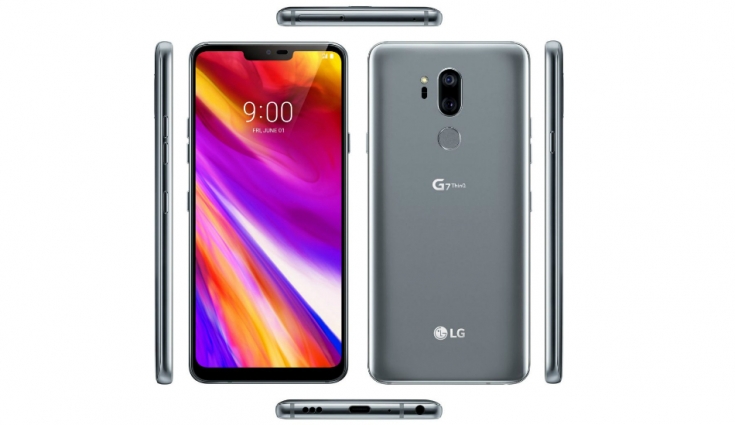 LG G7 ThinQ is based on the Android 8.0.0 Oreo operating system.

LG is all set to launch its latest flagship device, the LG G7 ThinQ, on May 02. The smartphone has already been the subject of a plethora of leaks and rumours from many days now. The LG G7 ThinQ model number LGE LM-G710 has been now spotted on a GeekBench benchmarking website. The listing has revealed some of the expected specifications of the upcoming smartphone.

In the GeekBench listing via Slashleaks, the LG G7 ThinQ got 2312 points in single-core test and in multi-core test it received 8979 points. As per the listing on Geekbench, the LG G7 ThinQ has 4GB RAM and 1.77GHz Qualcomm Snapdragon 845 octa-core processor. The handset is based on the Android 8.0.0 Oreo operating system. 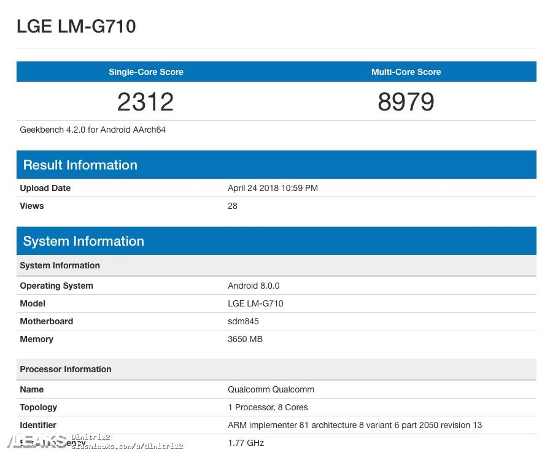 LG has also confirmed that the upcoming smartphone will come loaded with certain AI features. To recall, the brand introduced its ThinQ lineup at this year’s Mobile World Congress (MWC) 2018 with LG V30s.

Earlier we have an official confirmation from LG regarding the display of G7 ThinQ. The brand has confirmed that the smartphone will feature a 6.1-inch Quad HD+ display with a screen resolution of 3120 x 1440 pixels. The company’s calls the display used on its latest smartphone as Super Bright Display. This is primarily because it will come loaded with an impressive 1000 nits brightness, making it a first smartphone to boast such kind of brightness. This also means that users will be able to see the screen clearly even in bright sunlight. Further, the smartphone offers 100 percent DCI-P3 colour coverage, meaning that the device will offer rich colours. Moving on, the new display is based on LCD and the company claims that it is 30 percent more power efficient as compared to its predecessor, the LG G6.

Previously, the smartphone was reported to come in five colours – Aurora Black, Platinum Grey, Moroccan Blue, Moroccan Blue (Matte), and Raspberry Rose. It’s rumoured that the upcoming flagship from LG will be water and dust resistant and will come with wireless and fast charging as well. The device will employ a USB Type-C port for charging and data transfers and will also feature a 3.5mm headphone jack which would surely be a blessing for traditional audiophiles.