Along with Jelly Bean or Android 4.1, Smart Tab 4 will have Gorilla Glass and will be powered by a 1.5 GHz processor.

Karbonn Mobiles, an Indian handset player, is all set to launch an Android Jelly Bean tablet in August for Indian consumers. 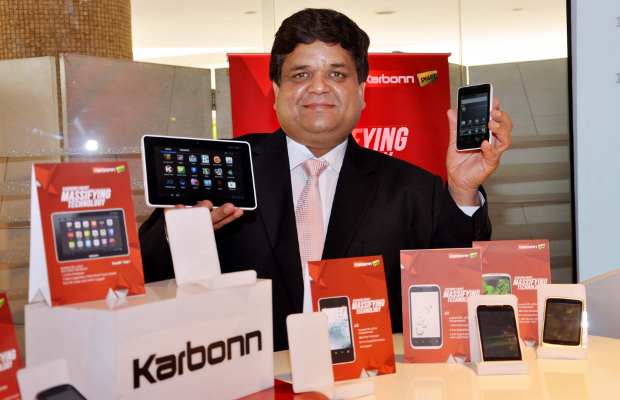 He further added, “As we strive to offer consumers an affordable mobile solution, Karbonn Mobiles will price Karbonn Smart Tab 4 around Rs 11,000.”

Karbonn Smart Tab 4 will have a Gorilla Glass screen and it will be powered by a 1.5 GHz processor. It will support WiFi, 3G through a USB dongle and Bluetooth for connectivity.

Jain also said, “Another version of Smart Tab 4 with SIM functionality will be launched in September and it might come bundled with a leading telco’s SIM and free data.”

Google at its recently held Google I/O conference in San Francisco has taken the wraps off the successor to the current Ice Cream Sandwich version of Android, known as Jelly Bean (Android 4.1), which adds improvements to search, voice typing and notifications.

Starting in mid-July, Google will start rolling out over-the-air updates of Jelly Bean to Galaxy Nexus, Motorola Xoom and Nexus S, and will also release Jelly Bean to the open source community during that time.