Airtel also offering a Rs 99 plan which offers unlimited local and STD calls with 1GB of 3G/4G data for a limited validity.

In an effort to overcome Reliance Jio in providing the most data to its customers, Airtel is offering a new plan which provides users with 3GB 4G data for select users who recharge with Rs 49. Yes, you read that right. Gone are the days when we used to count down on remaining data by the end of the month.

There’s a catch though. The validity of this Rs 49 pack only runs for 1 day and is only available for Airtel’s prepaid customers, even so for a select few. If you wish to check your eligibility for this plan, make sure you check the My Airtel app or Airtel’s official website. Once there’ check by entering your phone number and see if you’re eligible for the offer. 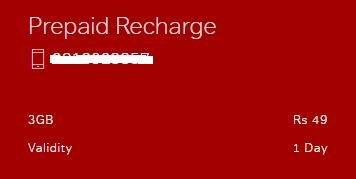 If you don’t belong to this list, you’ll only be offered 1GB 4G data like most users who recharged their SIM with Rs 49.

Airtel is also offering a Rs 99 pack where users will be offered unlimited local and STD calls for free with 1GB of 3G/4G data on every recharge. The pack also provides 100 SMS during the course of the pack’s validity. The Rs 99 pack from Airtel now lasts for 10 days and replaces the previous 2GB data plan which didn’t offer any unlimited call feature. 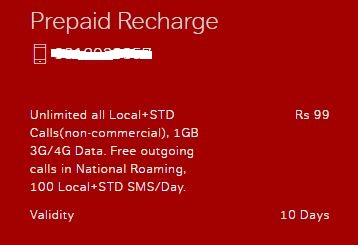 Customers can avail this plan upon going into the My Airtel app on their smartphone and clicking on “View Best Offers” to check if this offer exists for your phone. Additionally, the offer can also be redeemed when a user checks by visiting airtel.in/prepaid-recharge.