Jio Giga Fiber vs Airtel V-Fiber vs BSNL: Who will be king of good times? 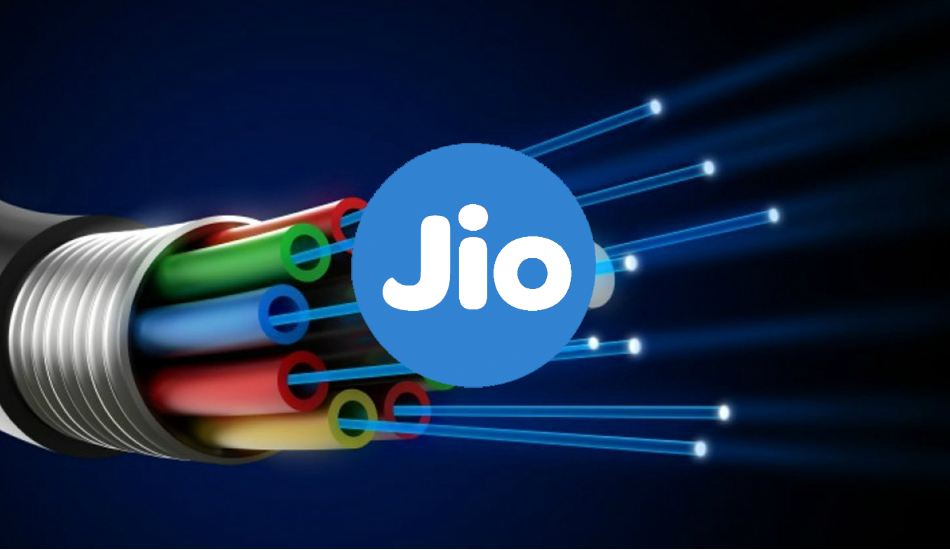 Instead of traditionally setting up fibre optic cables up to your local street cabinet, Jio will be installing a Fiber to the Home(FTTH) broadband service, bringing the fibre optic line right to the local home connection with minimum loss of speeds during transmission from the exchange to your home.

During its Annual General Meeting 2018, Reliance Jio announced the much-awaited fibre-to-home broadband services in India which it dubbed as JioGigaFiber. The telecom operator which made its commercial debut in 2016 has acquired close to 215 million subscribers in its 22-month operation, being the first make local calls free while offering unlimited data at dirt cheap prices across the country.

Having fully broken apart the telecom business in a short span, the Mukesh Ambani-led company has now aimed for achieving similar heights in the fixed broadband market for enterprises as well as homes. The move was brought into perspective when the company chairman revealed that almost 80 percent of our data consumption happens inside the four walls of our offices and homes. All things considered, it was concluded that preparing a wired broadband system for the needs of indoor users would be the best way of preparing newer services to consumers.

Not only will these fixed line services offer higher data speeds and be consistent at the same time without any fluctuation in the network, it’ll also drain lesser battery on a smartphone considering the fact that a device no longer has to search for cellular networks for a constant internet connectivity. However, the problem with fixed line services is that even though higher speeds can be achieved through a wired connection, it’ll need installing a wired system to each and every user’s home or office which in truth is quite tedious and consumes a significant amount of time.

Jio’s Giga Fiber is expected to roll out across 1,100 cities simultaneously starting August 15 as the telecom operator tries to bring back the once-popular broadband system to hit at least 50 million households. The current broadband only amounts to a total of 18 million users compared to a whopping 401 million mobile internet users. Among the 18 million users, private operators take up 3-4 million user base while BSNL takes up the rest of the market.

Most of the users in this segment are still stuck with traditional cables and not fibre optics, the speed at which internet connection is made possible is at a mere 500 kbps or 1 Mbps. Even if an operator uses fibre optics for transmission within their main distribution systems, what determines whether you’ll get a decent speed on your home WiFi is the ‘last mile’ – i.e. the connection between the local exchange and your home.

For most fibre optic broadbands, the last mile consists of copper phone lines, but for cable broadband, it’s made of coaxial cable – which can carry data far faster than copper, since it experiences less loss in speed over distances. The current broadband setups, however they might have implemented their optical fibre network, still feature a fibre cable till the main building after which copper connections are used, thus resulting in a reduced internet speed than what was expected.

How Jio changes everything

Jio Giga Fiber will thus differentiate from other broadband players mainly due to the installation of this fibre optic cable. Instead of traditionally setting up fibre optic cables up to your local street cabinet, Jio will be installing a Fiber to the Home(FTTH) broadband service. This will bring the fibre optic line right to the local home connection or modem allowing users to enjoy high-speed connectivity with minimum loss of speeds during transmission from the exchange to your home.

Jio’s technology will not only bring faster internet connectivity but will also continue to improve with the latest technology. This upgrade in features wouldn’t need you fibre networks to be changed post installation as Jio says the company will “upgrade them with the latest technology that creates the electronic light pulses and not by replacing the fibre cables”. Jio with its Giga Fiber technology will not only welcome broadband system but also several other services including the ability to call through a landline and also set up GigaTV which will be based on the wired internet connection.

How does this effect BSNL?

Facing the largest competitor of Jio’s latest offering is market leader BSNL which has been operating mostly on ADSL-based traditional cables. The State-run telecom operator did take the wrappers off its own version of an FTTH broadband scheme but the setup is only been rolling out for users in a select few circles, compared to the 1,100 cities Jio is planning to strike on. Barring the area of the rollout, BSNL also takes a step back in offering lower speeds than Jio’s fibre network as it ‘promises’ to provide users with up to 50 Mbps data speeds in contrast to Jio’s 100Mbps speeds.

However, BSNL will be countering Jio’s efforts in other ways and is already offering 500GB & 750GB of monthly data for Rs 777 and Rs 1,277, all of which will be available at 50Mbps. That’s significantly more than Jio’s 100GB a month that it’ll provide for 90 days initially. The company also recently announced a Rs 491 broadband plan which offers 20GB of data per day for a month as well as unlimited calls in hopes of tackling Jio’s latest offering. For a plan that cheap, BSNL’s equivalent of a 600GB download limit is still way higher than what Jio is offering on an initial basis.

Jio is also charging an initial fee of Rs 4,500 as a deposit for installing a GigaHub Home Gateway device which it plans to do so as part of the largest greenfield fixed-line broadband rollout and it only remains to be seen how much more wealthy the company will be for an initial charge of that amount.

Is Airtel V-Fiber still relevant in the business?

Airtel announced its Vectorized fibre technology dubbed as V-Fiber aimed at delivering high speeds of up to 100Mbps. While providing high speeds were never a concern with the Bharti Airtel-run company, the offers never seemed to be compelling enough for users to just go out and opt for Airtel’s broadband service. The two popular plans in this division are the Rs 1,099 and Rs 1,299 WiFi Plans where Airtel offers 250GB and 350GB for a month respectively with options to opt for data rollover facility in case some data does unused. With not much to lose in terms of speed offerings, the only way Airtel could be challenged is of Jio pulls up aggressive pricing for its own plans.

In case you wish to explore alternate options

Another major competitor in the broadband business has been ACT Fibernet which is a primary player in metro cities offering massive chunks of data for low prices. The Fiber-only giant has been screening revised plans across the country going as cheap as Rs 200, offering as much as 150 Mbps speeds. Other plans include Rs 1299, Rs 1050, and Rs 675 offering 750GB, 600GB, and 400GB of data respectively.

Reliance’s Jio Fiber project has been in development for a few years now with pilot programs running across select areas in the country. As the wide rollout of the Giga Fiber network is awaited, it’s safe to say that Jio’s entry will clearly spark competition in the broadband business and boost India’s global ranking among fixed broadband lines from 134 to higher levels. With more competition and focus on customers being the prime selling point, it’ll come down to which operator offers the best volume-speed-price combo in the future.