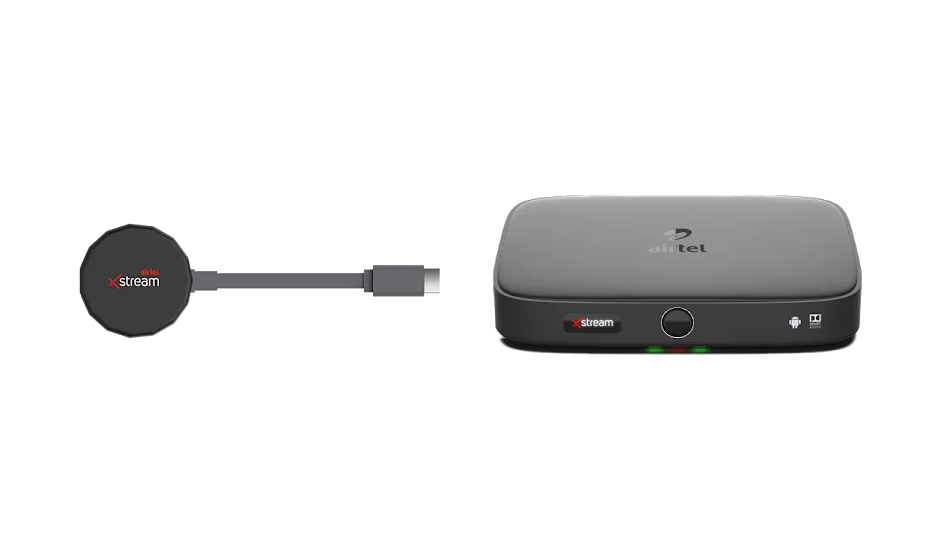 The Airtel Xstream Smart Box features broadcast features like DVB-S2, IPTV and OTT and runs on Android 9 Pie. The Xstream Smart Stick, however, will run on Android 8.0 Oreo and will be enabled with Google Assistant.

Reliance Jio recently announced its set-top box and IoT platform alongside the rollout date of its fibre broadband services. As a means to tackle the upcoming competition from Jio, Airtel is now reportedly working on launching two new streaming devices. The new devices will be called the Airtel Xstream Smart Stick and Airtel Xstream Smart Box, both of which are set to debut in India in the near future.

The news has been confirmed by Bharti Airtel CEO Gopal Vittal who in a recent earnings call said “One of the things we are looking at is to bring in a box, which will kind of offer full-converged entertainment as well as the capacity to deliver broadband. This will happen soon, and we’re already excited that once we do that, then it’s a full-converged play that we can potentially deliver across multiple spaces. There have been some concerns about cord-cutting in urban areas and metros. We haven’t seen any evidence of that yet”.

Airtel’s Xstream Smart Stick is expected to be powered by Huawei’s Quad-Core HiSilicon Hi3798M V300, 1GB RAM and 8GB of onboard storage, reports Android TV Guide. The device has a model number HP2707 and will be manufactured by Skyworth. The smart stick will run on Android 8.0 Oreo and will be enabled with Google Assistant so that users can use voice commands to navigate through the TV.

Information of the Xstream Smart Stick has also popped up on Airtel’s official Wynk Music FAQ page. The page explains that the SmartStick offers Movies/TV shows across 14 languages, built-in Chromecast and more.

Moving on, the Airtel Xstream Smart Box will be powered by Broadcom BCM72604 B Dual-core 1.8 GHz processor with Broadcom VideoCore V HW GPU, 2GB of RAM and 8GB of storage. The device has been codenamed HSW4026ATL and will be manufactured by Technicolor as mentioned by Android TV Guide.

The Smart Box features broadcast features like DVB-S2, IPTV and OTT and runs on Android 9 Pie. The device is expected to land with Airtel Fibernet connections.