The pack now comes with extended validity and the move is meant to counter Reliance Jio’s and Airtel's latest plan.

The data war is refusing to die down and instead it seems like a raging fire now. After Reliance Jio and Airtel recently updating their existing plans, Vodafone has now also revised two plans of Rs 458 and 509. The pack now comes with extended validity and the move is meant to counter Reliance Jio’s and Airtel’s latest plan. 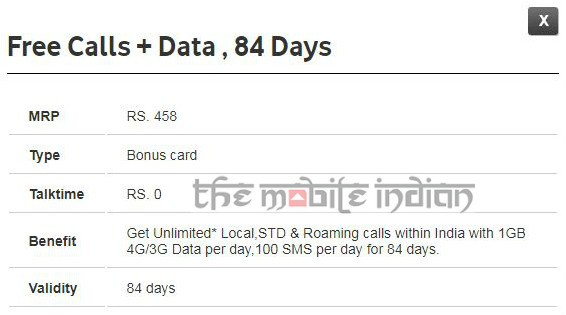 These new plans are valid in circles such as Mumbai, Chennai, Tamil Nadu, etc. However, circles such as Bihar, Andhra Pradesh & Telangana, the plans have not been updated and the company is still offering old plans. 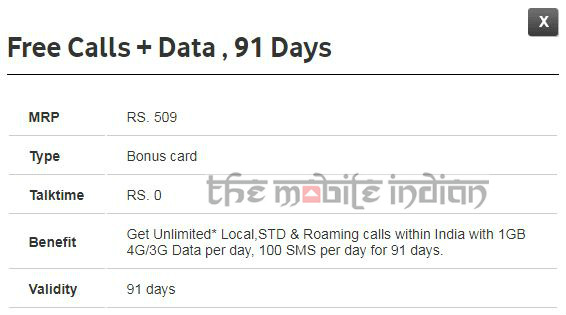 Under revised offer, users opting for Rs 458 plan, will now get a validity of 84 days, against 70 days validity period that was offered earlier. This also means users will get 84GB of 4G data as the pack offers 1GB of 3G/4G data per day. Apart from this, users will get unlimited voice calls on local and STD networks. However, users will get 250 minutes per day or 1,000 minutes per week of calls. Once the limit is exhausted, then users will be charged 30 paise per minute.

Coming to Vodafone’s Rs 509 pack, users earlier used to get a validity of 84 days. Now, the brand has extended the validity and it comes with a validity of 91 days. This also means that users will get 91GB of data as it also comes with 1GB data per day. The pack offers unlimited voice calls and national free roaming. However, there is a daily cap of 300 minutes per day or 1,000 minutes per week of calls. Once the limit is exhausted, then users will be charged 30 paise per minute.