Is OnePlus 9 taking Indians for a ride? 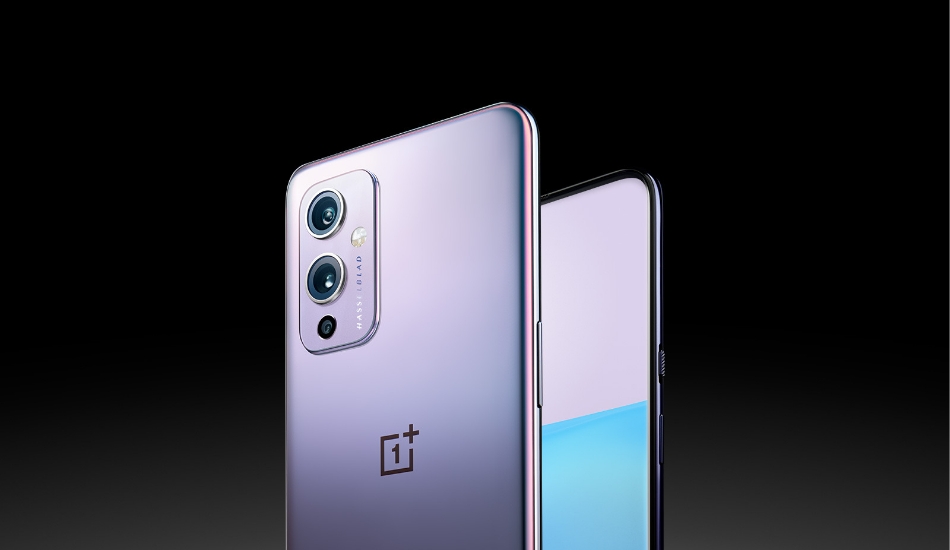 The OnePlus 9 that is sold in India misses out on some major features when compared to the one sold in the US.

The OnePlus 9 series was unveiled last month worldwide and the company claims that it has top of line specifications placing it in the league of flagships. For the Indian region, OnePlus even unveiled an exclusive smartphone called OnePlus 9R. The 9R is the cheapest in the series but comes with a Snapdragon 870. The OnePlus 9 and the 9 Pro, on the other hand, are different from each other but it seems like the former’s region-based variants are also different which is bad news for Indian buyers.

The OnePlus 9 costs Rs 49,999 for the base 8GB + 128GB variant and goes up till Rs 54,999 for the 12GB + 256GB model. Now, upon looking closely, findings have revealed that the OnePlus 9 variant that is sold internationally in the US is quite different from the one sold here in India. And these are not some minor differences but major ones.

First of all, the OnePlus 9 sold in India does not support wireless charging for some reason while the variant sold in the US comes with 15W wireless charging support. This may or may not be of concern to some but when looked at from a consumer’s point of view but Indian byers will be missing out on a feature that the rest of the world is enjoying. 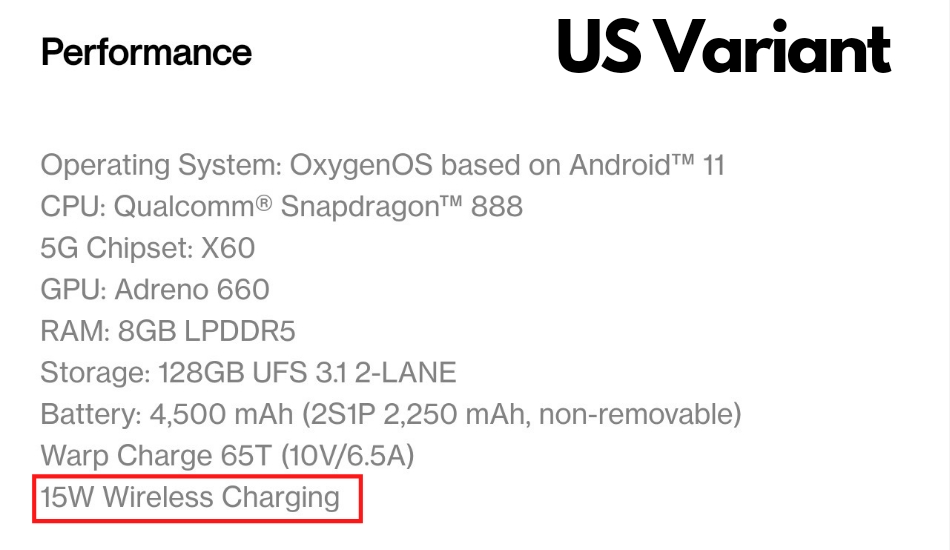 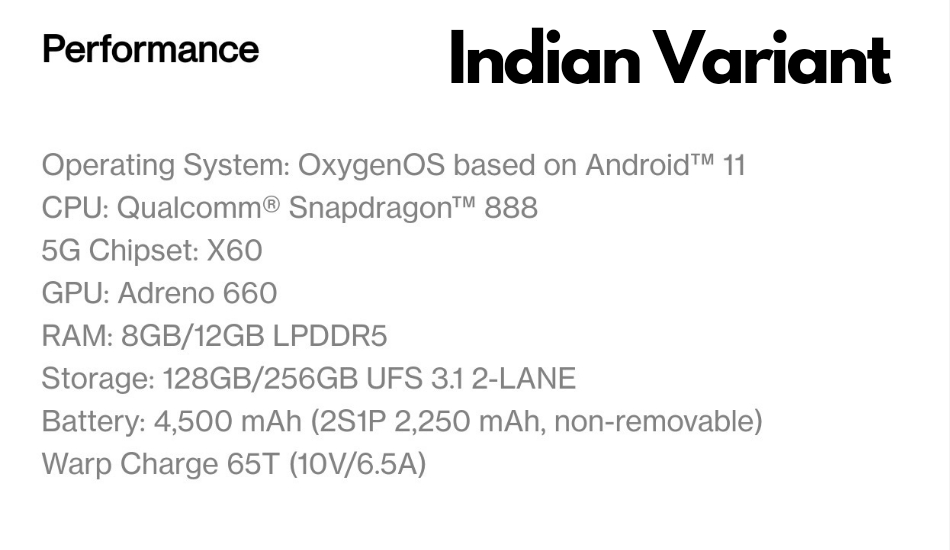 Why didn’t OnePlus think it was important for the Indian variant of the OnePlus 9 to be equipped with the wireless charging tech if it is already selling a variant with the feature in another market? Because of the loss of Wireless Charging, you lose another useful feature that uses the same hardware from Wireless charging, and that is Reverse Wireless Charging. Because of the missing hardware, you can’t charge other phones (that support wireless charging) from the OnePlus 9. OnePlus may argue that leaving this feature has helped them reduce the cost of the phone. It is up to consumers whether they like to accept this argument. 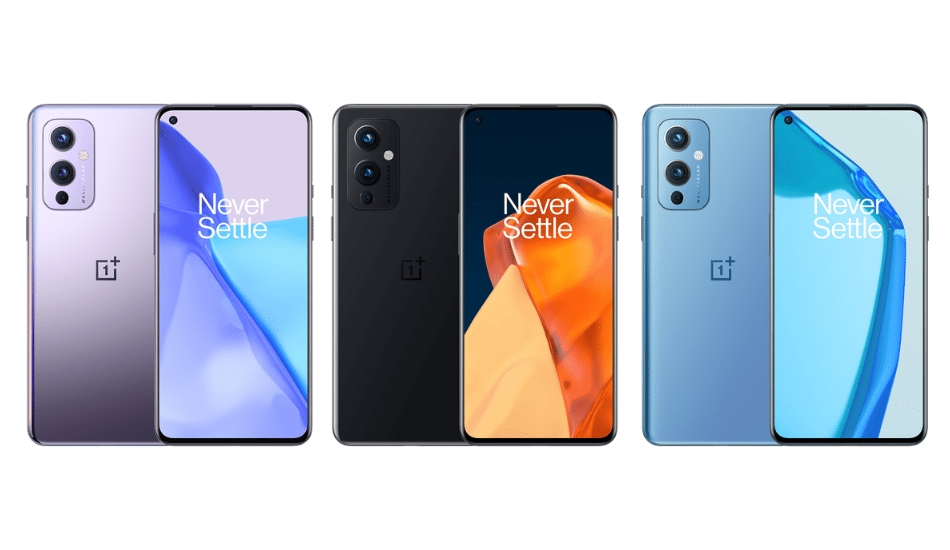 The second major difference between the International and Indian variants is the 5G bands support. In India, OnePlus is giving support only for two 5G bands whereas, in the US, there is support for over 15 bands. One might argue that 5G is yet to arrive in India but when it does and if you have an OnePlus 9, you might not be able to take advantage of it as the two bands that are currently supported by the smartphone, might not be supported by the network itself, leaving you with a normal 4G LTE smartphone. 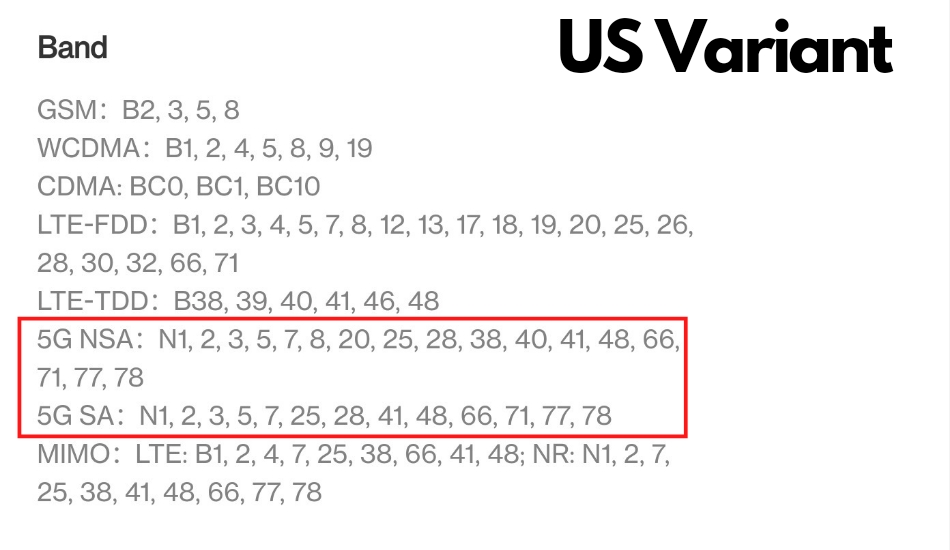 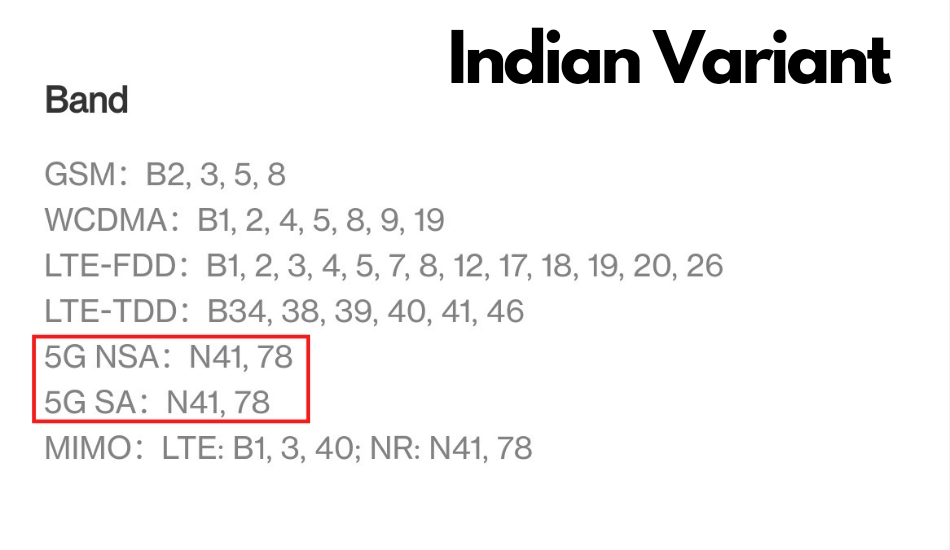 It seems like the brand just wanted to hype about the smartphone supporting 5G in India even though it is not actually fully supporting 5G. OnePlus wanted to use the 5G moniker in the naming of the smartphone and that is why it has given support for just two bands for the sake of ‘5G’. Another reason which it could have done so is that supporting fewer bands help the smartphone makers save on the licensing fee which it has to give to the chipmaker, in this case, Qualcomm.

As OnePlus is requiring support for less 5G bands, Qualcomm will provide the Snapdragon 888 chip at a lesser price than what it could have been if OnePlus had supported all the bands. This kind of discrimination from a known brand like OnePlus is disappointing, considering India has always played a major role in bumping up OnePlus’s sales figures. OnePlus might be able to make available more 5G bands in the future through a software update but that’s just a speculation and considering OnePlus’s history with unkept promises, we think that is less likely to happen.

We have even seen other brands such as Xiaomi pull off the same 5G trick in India with its Mi 10i. Realme has also been a part of this race but it at least gave support for 4 bands with its Realme X7. Major brands such as Samsung with its S20 FE 5G, Oppo with its Reno 5 Pro 5G, or Asus with its ROG Phone 5 are all giving more than 8 5G bands in India which is how it should be. When spending an amount of Rs 49,999 on a smartphone, these kinds of moves aren’t expected from a brand.

OnePlus 9 might be a great smartphone considering the specifications of the smartphone, but it looks less of a ‘great deal’ at a premium price point. Even the cheaper OnePlus 9R looks to make more sense than the OnePlus 9 unless you can get the OnePlus 9 from the US.