Carl Pei shared all this thoughts about competition, Nothing products, Apple iPhones via an AMA on Twitter. 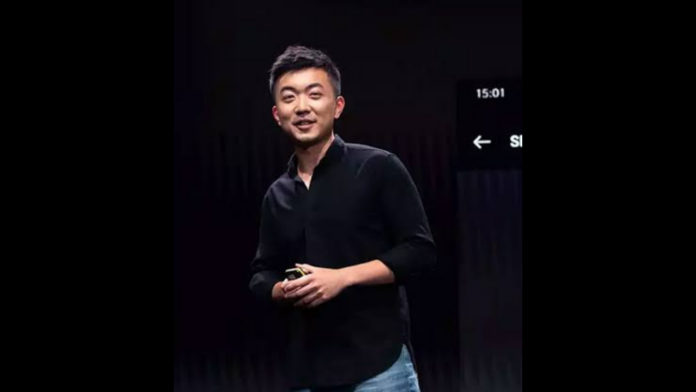 Carl Pei, the CEO of Nothing, is known sharing his views without inhibition. The same was witnessed recently when He was on a flight and feeling bored. To avoid boredom, he posted on his handle, “bored on a plane, ask me anything.” Soon his tweet was filled with questions related to Nothing Products, Apple, Samsung, his likes and dislikes, some suggestions and even some comments in Hindi.

Pie, did try his best to respond to the maximum number of queries and we are sure he wouldn’t have felt bored even for a second. In most of the questions that he responded he was quite direct and didn’t beat around the bush. Here we present to you a synopsis of his AMA ( ask me anything) on Twitter.

Nothing forayed into the smartphone space a year after it revealed its TWS earbuds, and Pei reveals that the company has also considered making a laptop. Yes, a laptop. He says that the company even went ahead to make some concepts, but their focus is currently on the category of products the brand is manufacturing, including smartphones and TWS earbuds. So one never knows, the brand might surprise us with a Nothing Laptop in future.

Pei is a fan of Apple and its iOS

Next, as we know, Carl Pei is one of those CEOs who admires Apple a lot. Not the fruit but the Cupertino-based company. In one of his replies, Pei says that the smartphone industry is seeing a shift from Android to iOS. He says that the Android ecosystem needs to buckle up. Otherwise, it may become the new Symbian OS.

He further goes on to compliment Apple in another one of his replies where he thinks it is the best-run company in our industry and they “almost never make mistakes”. So its very clear from where Carl Pie takes inspiration when running a technolgy company.

Now you must be wondering, didn’t anyone aka question-related to Pixel? Yes, of course, someone did. Pei tweeted he likes the cameras on the Pixel, but if he didn’t use Nothing, he would use an iPhone. Hummm…. Nothing or iPhone!

He also mentioned two of his favourite iPhones in a separate tweet. Any Guesses? Okay let us share the names – the first iPhone and iPhone 5s.

No budget phone in India

When someone from India asked whether Nothing would launch a phone under Rs 20,000, Pei gave straightforward answers and tweeted there are no plans to do so and there are plenty of other options ( from other brands) one can opt for in the price range.

The world has been going Loco over foldable devices, and brands such as Samsung have been improving their foldable devices every year. However, when Carl Pei was asked what he thinks about foldables and if he has used one, to which he replied that the form factor feels proof-of-concept and still has some time to mature. Further, he also says that the Galaxy Z Flip 4 has one of the best designs in the smartphone industry, of course, after the Nothing Phone (1). We guess this seldom happens when a brand’s CEO appreciates a product from competitors.

What about the Nothing Watch?

Nothing confirmed that it has considered making a laptop, but then it doesn’t have plans to make a smartwatch anytime soon. It hasn’t “figured out how to make anything interesting” in the smartwatch space.

Price hike on the Nothing Phone (1) is justified, says Pei

The recent price hike on Phone (1) surprised many as the brand increased the price within a month of launch. However, he says it was necessary, and Apple somehow inspired the move. Again? As per Carl, Apple reinvests its profits in R&D, and a lot of Android brands are working for free, which results in a lack of innovation.

One phone a year strategy to be followed

Okay, after reading comments made by Carl PieN, you must be wondering that Nothing is going to flood the market with multiple devices in a year. Well, It is not going to happen. A current Nothing user asked if Nothing will release a single phone in a year, compared to multiple devices that other brands launch. Pei says that Nothing would follow the former plan, and companies who follow the latter are actually desperate for sales.

We are sure it must have been an exciting read for you knowing a couple of things Nothing plans to do or may not do in the coming days.