Is 3GB RAM smartphone worth buying even when on a tight budget? 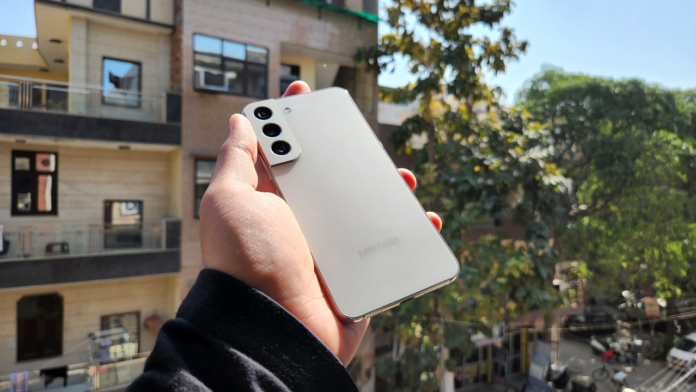 Smartphones are advancing by the day and with every launch, things get interesting as the brands try to raise the bars for competition. Not only in the flagship segment, but the budget space is equally competitive in India, where brands continue to launch devices but with a small trait that might not be acceptable for many. The amount of RAM is proportional to the smartphone’s price, and as the price decreases, the RAM also decreases. So considering you are on a tight budget, is it worth buying a smartphone with RAM as low as 3GB?

Smartphone options in the Market

How does RAM work?

It is first important to know how Random Access Memory (RAM) works in an Android smartphone to move forward. it is a volatile memory that is faster than any other type of storage.

When you open an application on the phone, it is considered a process stored on the background’s physical RAM. RAM can store multiple processes (multiple apps) simultaneously. Basically, RAM allows you to load apps quickly without lag or delay. As much as the processor is essential for smooth performance, RAM is essential for quicker loading of apps so your phone can perform tasks promptly.

Read More: What is Virtual RAM: Everything you should know about it

Now that you understand how RAM works, you should know that the more RAM your device has, the more apps it can store in memory while storing it in the background, so it doesn’t slow down your phone. Budget devices have been coming with 3GB of RAM for quite some time now but are these worth it? In our opinion, we don’t think so.

What can’t you do on a 3GB RAM smartphone?

Phones with 2GB to 3GB RAM have issues keeping large apps like Facebook, Instagram or Amazon loaded in the background. This is because these apps are resource-heavy, and a smartphone with 3GB of RAM will keep having to reload such apps. Yes, you do have lite versions of the app designed for entry-level smartphones, but those apps miss out on some main app features.

The minimum amount of RAM Android needs to perform without any hiccups is now considered to be 4GB. As its a finite resource, it needs to be managed efficiently by the software and 4GB of RAM is considered ideal, even for the Android Go edition OS which is a toned-down version of Android.

The heaviest of apps can use up to 1.5GB of space in your RAM and 4GB is enough to handle these apps without many issues. However, with 3GB of RAM, your phone could run out of space quicker, causing lags and slowing down your smartphone. Also, if you are a gaming freak, you will be disappointed with the gameplay and apart from RAM, even the display is usually toned down in budget phones.

Does it make sense to go for higher RAM if you plan to buy a phone for the long term?

A device with a higher amount of RAM will run smoother in the long term than a 3GB smartphone because it will be able to keep heavy apps in memory for a long while not all apps have a toned-down version that is optimised for lower-end devices.

4GB RAM variant of the same smartphone or another smartphone from the same brand could cost only a few bucks extra. So we would suggest you save up a little more to buy a smartphone that can make a big difference in terms of experience which will not be limited to the loading speed of apps. It will provide a better camera, display and entertainment experience.

Will processor play a dominant role?

A faster processor is always a welcome addition to a smartphone but it cannot play a dominant role. This is because a faster processor would mean nothing if there’s no ample RAM in the smartphone. A processor will not be able to finish its tasks as the OS will automatically force stops apps in the background to free up RAM for the basic systems to work. This, in turn, could cause delayed notifications from an app, and higher battery usage as the system has to open every app from the beginning and not just resume the process, force stopping of apps which could cost you your work if you hadn’t saved it. Lags and stutters are obviously expected as well.

Most of the brands tend to focus more on their mid-range and flagship products. The budget devices are forgotten sooner than their promised update policy in the process. Moreover, brands have to optimise a lot of aspects of a new Android version provided by Google so that it can work smoothly with the budget devices. This can either result in delayed or buggy updates or the company just scrapping the update altogether, all of which aren’t very good for the consumer.

A 3GB RAM smartphone is surely easy on the pocket and might be look like an appealing option but saving and paying for a slightly more expensive smartphone with, say 4GB or 6GB of RAM can result in an experience which is better in every aspect, be it performance, software updates, and sometimes even the build quality.