iQOO Z6 4G could launch on April 27 in India

iQOO Z6 4G is now being said to arrive alongside the iQOO Z6 Pro 5G on April 27. 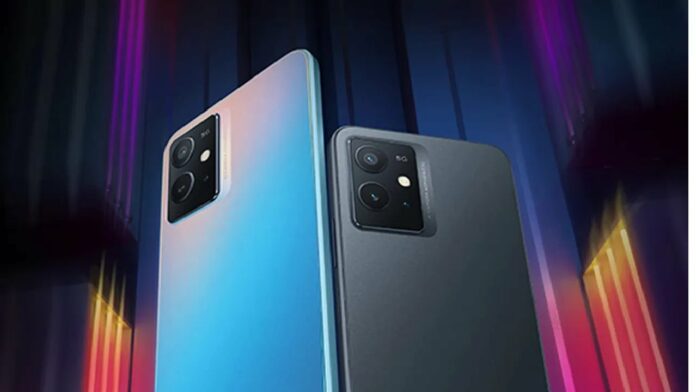 iQOO is said to be working on the Z6 4G smartphone which could be unveiled on April 27, alongside the iQOO Z6 Pro. The Z6 4G will be a toned-down version of the Z6 5G that was launched in March in India. Apart from the specifications, the price of the iQOO Z6 has also been tipped which hints toward the device being a mid-ranger.

A report from Passionate Geekz suggests that the iQOO Z6 will launch on April 27 alongside the Z6 Pro 5G smartphone. The handset is expected to be priced at Rs 14,999 in the country. It should be available in three RAM options namely 4GB, 6GB, and 8GB, and a single storage option – 128GB. It is said to debut in Black and Blue colour options as well. The leak suggests that the iQoo Z6 will go on sale in the country beginning May 4.

For optics, the iQOO Z6 will have a dual rear camera unit headlined by a 50-megapixel AI primary sensor, paired with a 2-megapixel macro camera. For selfies, the phone is expected to sport a 15-megapixel sensor at the front. The 4G variant of iQOO Z6 should have a side-mounted fingerprint sensor and also a face unlock feature for security.

Connectivity options on the phone might include 4G VoLTE, Wi-Fi, Bluetooth v5.1, GPS, and a USB Type-C port. The Z6 4G is said to be backed by a 5,000mAh battery with support for 44W flash charging.