iQOO Z5x will make its debut in China on October 20. The phone will equip a a 50-megapixel AI dual camera setup. 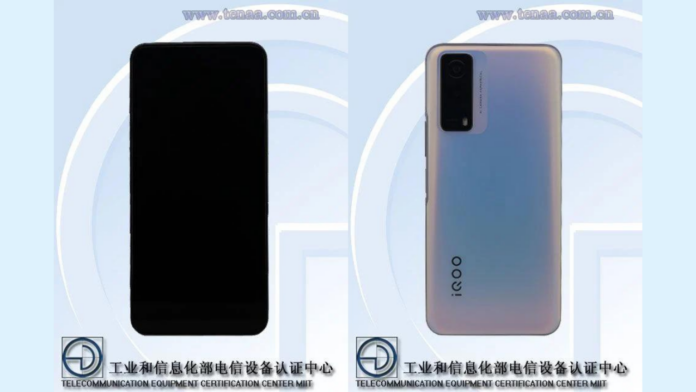 iQOO Z5 was announced last month and now the company is set to launch a new member to the lineup. Dubbed as iQOO Z5x, the phone will be announced on October 20 in China.

The launch date has been confirmed by the company on Weibo. The launch poster also reveals the design of the upcoming phone. It shows that the phone will equip a a 50-megapixel AI dual camera setup. The phone is shown in an orange colour. Furthermore, the smartphone has also been teased to pack a 5,000mAh battery and Dimensity 900 SoC.

The iQoo Z5x is now also available for pre-order through iQoo’s online shop. Here the phone is shown in two colour options – Black and Orange. So the phone will have have two color options. You can also see that the smartphone has a USB-C port, a speaker and the 3.5mm headphone jack at the bottom .

The iQOO Z5x will likely arrive in 6 GB and 8 GB RAM variants with 128 GB and 256 GB storage options per leaked specifications. Additional features available on the device include a microSD card slot and a side-mounted fingerprint reader. It will have a dual-camera setup on the back. This will be including a 50-megapixel and a 2-megapixel shooter. It should be backed by a 4880mAh battery along with 44W fast charging.

As per the listing, the phone measures 163.95×75.30×8.5mm and weighs 169 grams. An earlier leak pointed towards the smartphone being powered by the MediaTek Dimensity 900 SoC.