Following the launch of the iQOO Z5 5G last week, the company is now said to be working on an affordable model known as the iQOO Z5x. 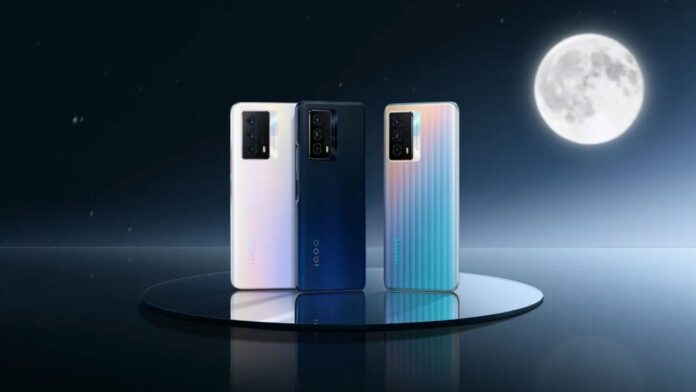 According to GizmoChina, a tipster has revealed some information on the chipset and fast charging capabilities on the upcoming iQOO Z5x. The phone will be powered by the Dimensity 900 chipset. Other than that, it is also revealed that the iQOO Z5x will carry support for 44W fast charging.

The Play Console listing revealed that the iQOO Z5x’s display could be equipped with a centrally positioned punch-hole. It is also listed that iQOO Z5x will come with the Dimensity 900 chipset. Rest of the specs remain under the wraps at the moment.

The phone is expected to launch in China first. As of now, it is not known if the phone will be made available in India or not.

To recall the specs of iQOO Z5 5G, the phone is loaded with a 6.67-inch full HD+ IPS LCD display with a screen resolution of 1080 x 2400 pixels along with 20:9 aspect ratio, 120Hz refresh rate and HDR10. The smartphone is powered by the Snapdragon 778G processor along with up to 12GB of RAM. The iQoo Z5 comes with up to 256GB of onboard storage.

The iQOO Z5 5G is loaded with a 5000mAh battery with 44W fast charging. It can charge the phone up to 50% in 26 minutes. Moreover, for security it sports a side-mounted fingerprint sensor and facial recognition support. It Z5 runs on Android 11 with FunTouchOS 12.