iQOO 10 series may launch next month with Dimensity 9000+ SoC. 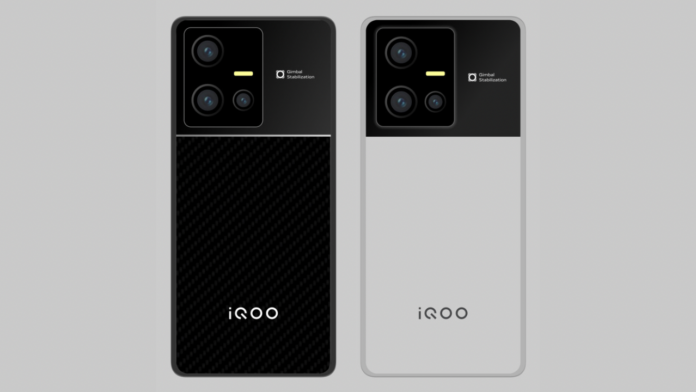 iQOO 10 is the upcoming flagship from the Vivo sub-brand and it is expected to come with a bunch of upgrades both in terms of design and hardware. Now, the key specifications for one of the iQOO 10 series smartphones have been leaked along with the purported design of the iQOO 10.

Talking about the specs first, the new report from tipster Digital Chat Station on Weibo claims that the company is currently testing a smartphone in the iQOO 10 series that will be powered by the newly announced MediaTek Dimensity 9000+ chipset. However, an earlier report contradicted this claim which said the device would be powered by Snapdragon 8 Gen 1. So it is still unclear as to which processor the smartphone would come with.

The device is expected to come with a 2K+ LTPO display that will offer a 120Hz refresh rate. Same as with the iQOO 9 Pro, it will come with support for a large under-display ultrasonic fingerprint sensor. In the camera department, the device should have a 50-megapixel primary camera in the triple-camera setup.

As for the next report, tipster Ice Universe on Twitter posted the rear design of the iQOO 10. The leak shows the smartphone with a modular splicing dual-tone design. One of the variants can be seen having aramid fiber stripes on the back, similar to earlier models from iQOO. Moreover, one can notice there’s gimbal stabilisation support present as well.

Earlier reports regarding the devices have shown that the Pro variant could come with 200W fast charging and could be the first device to support so. Furthermore, iQOO 10 and iQOO 10 Pro are expected to launch in China in July. The report also claimed that the vanilla iQOO 10 will offer an upgraded gaming experience over its predecessor but will lack any major changes.