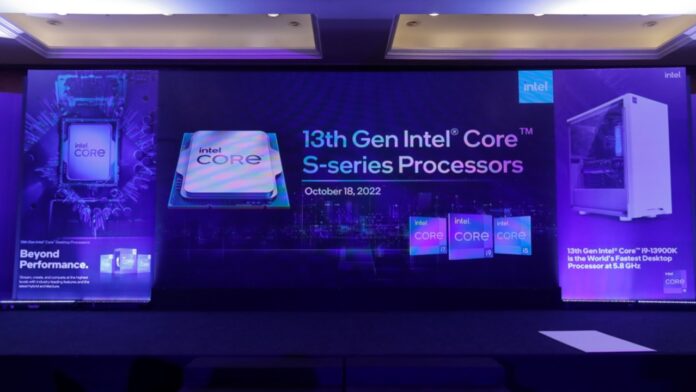 The 13th Gen Intel Core processor family is led by the Intel Core K series of unlocked processors. On the other hand, the 13th Gen Intel Core desktop family comprises of 22 processors and more than 125 partner system designs which aim to provide customers a wide range of choices while delivering an upgraded experience in both application performance and platform compatibility.

The highlight of the launch is the new Intel Core i9-13900K. It is available with up to 24 cores (8 P-cores, 16 E-cores) and 32 threads. “With up to 5.8 GHz and 15% better single-thread performance, it can push high frame rates and deliver the world’s best gaming experience across top titles”, claims Intel.